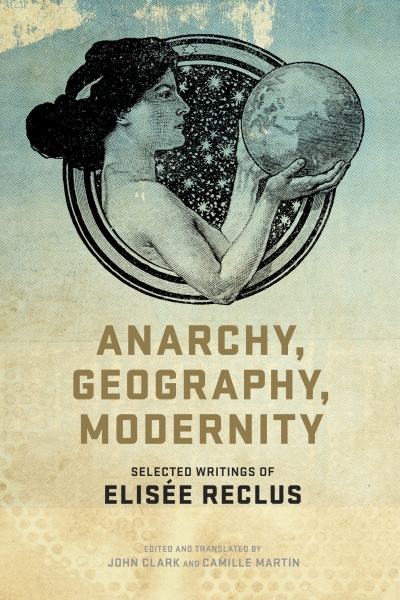 A comprehensive introduction to the thought of this anarchist geographer and political theorist analyzing his sweeping historical and theoretical synthesis.

Anarchy, Geography, Modernity is the first comprehensive introduction to the thought of Elisée Reclus, the great anarchist geographer and political theorist. It shows him to be an extraordinary figure for his age. Not only an anarchist but also a radical feminist, anti-racist, ecologist, animal rights advocate, cultural radical, nudist, and vegetarian. Not only a major social thinker but also a dedicated revolutionary.

The work analyzes Reclus’ greatest achievement, a sweeping historical and theoretical synthesis recounting the story of the earth and humanity as an epochal struggle between freedom and domination. It presents his groundbreaking critique of all forms of domination: not only capitalism, the state, and authoritarian religion, but also patriarchy, racism, technological domination, and the domination of nature. His crucial insights on the interrelation between personal and small-group transformation, broader cultural change, and large-scale social organization are explored. Reclus’ ideas are presented both through detailed exposition and analysis, and in extensive translations of key texts, most appearing in English for the first time.

Elisée Reclus (1830-1905) was a renowned French geographer, writer, and anarchist. He produced his 19-volume masterwork La Nouvelle Géographie universelle, la terre et les hommes (“Universal Geography”), over a period of nearly 20 years (1875-1894). In 1892 he was awarded the prestigious Gold Medal of the Paris Geographical Society for this work, despite having been banished from France because of his political activism.

John P. Clark is an eco-communitarian anarchist theorist and activist. He lives and works in New Orleans, where his family has been for twelve generations. He is the author or editor of a dozen books, most recently The Impossible Community: Realizing Communitarian Anarchism (Continuum Books). He is co-moderator of Research on Anarchism, an international multilingual discussion list and research archives, writes a column, “Imagined Ecologies,” for the journal Capitalism Nature Socialism, and edits the cyberjournal Psychic Swamp: The Surregional Review. He teaches at Loyola University, where he is Curtin Distinguished Professor of Humane Letters and the Professions, professor of philosophy, and a member of the environmental studies faculty. His work can be found at www.johnpclark.info and www.maxcafard.info.

Camille Martin is a poet and collage artist living in Toronto. She is the author of four books of poetry, most recently Looms and Sonnets. She holds an MFA in poetry from the University of New Orleans and a Ph.D. in English from Louisiana State University. She is the founder of Rogue Embryo, a literary blog. Her work may be viewed at her website: http://www.camillemartin.ca.