View basket “The CNT in the Spanish Revolution – Volume 2” has been added to your basket. 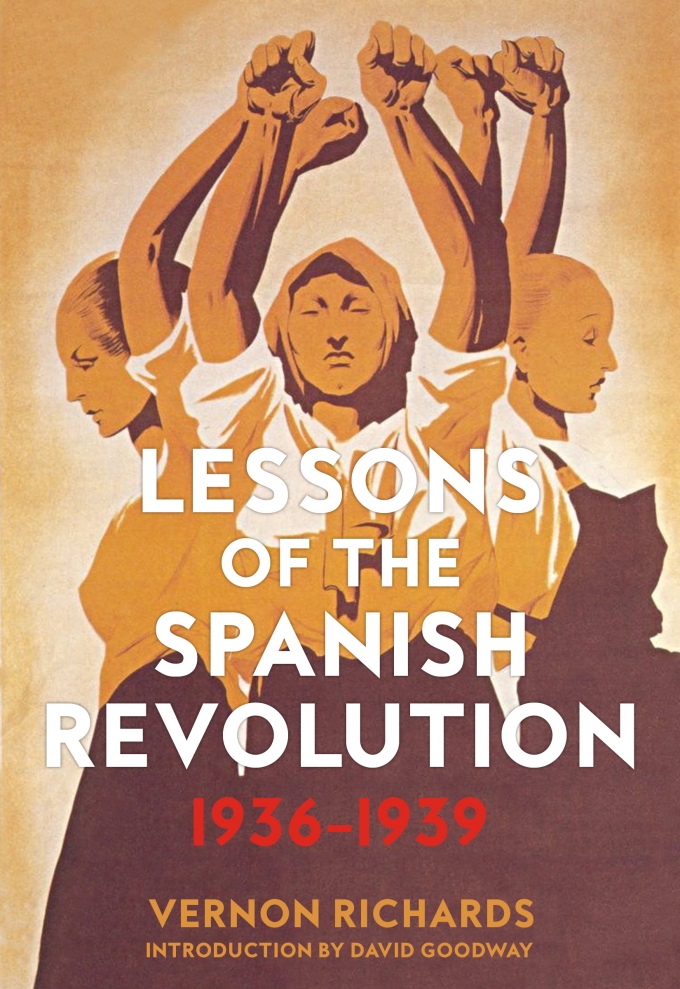 written by Vernon Richards • Introduction: David Goodway • Bibliographic addendum: Danny Evans
Originally written as a series of weekly articles in the 1950s and expanded and republished over the years, this analysis remains essential reading for all those interested in revolutionary praxis.

Lessons of the Spanish Revolution examines the many ways in which Spain’s revolutionary movement contributed to its own defeat. Was it too weak to carry through the revolution? To what extent was the purchase of arms and raw materials from outside sources dependent upon the appearance of a constitutional government inside Republican Spain? What chances had an improvised army of guerrillas against a trained fighting force? These were some of the practical problems facing the revolutionary movement and its leaders.

But in seeking to solve these problems, the anarchists and revolutionary syndicalists were also confronted with other fundamental questions. Could they collaborate with political parties and reformist unions? Given the circumstances, was one form of government to be supported against another? Should the revolutionary impetus of the first days of resistance be halted in the interests of the armed struggle against Franco or be allowed to develop as far as the workers were prepared to take it? Was the situation such that the social revolution could triumph and, if not, what was to be the role of the revolutionary workers?

Originally written as a series of weekly articles in the 1950s and expanded, republished, and translated into many languages over the years, Vernon Richards’s analysis remains essential reading for all those interested in revolutionary praxis.

Praise:
“The revolution that accompanied the outbreak of the Spanish Civil War was a high point in the history of working-class creativity, internationalism and self-activity. If it is to be a resource for present and future struggles, we must assess the strengths and weaknesses of the movement that propelled it. In this regard, the early endeavours of Vernon Richards remain indispensable.”    —Danny Evans, author of Revolution and the State: Anarchism in the Spanish Civil War, 1936–1939

“Vernon Richards’s Lessons of the Spanish Revolution is an excellent critical anarchist work on the revolution and the role of the anarchists.”  —Iain McKay, editor of Direct Struggle Against Capital: A Peter Kropotkin Anthology

“Lessons of the Spanish Revolution explores the deeply complex subject of the Spanish workers’ heroic struggle against Franco’s regime exceptionally well. One of the key strengths of the book can be seen in the way Richards unflinchingly lays bare a clutch of deeply sobering truths, particularly through demonstrating how a number of disastrous tactics pursued by Spanish anarchists and syndicalists directly contributed to the defeat of the revolutionary movement.”  —Richard J. White, coeditor of The Practice of Freedom: Anarchism, Geography, and the Spirit of Revolt