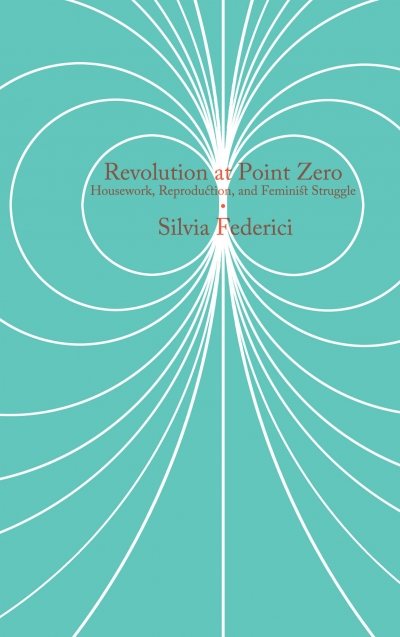 This volume collects forty years of research and theorizing on the nature of housework, social reproduction, and womenâs struggles on this terrainâto escape it, to better its conditions, to reconstruct it.

Written between 1974 and 2012, Revolution at Point Zero collects forty years of research and theorizing on the nature of housework, social reproduction, and women’s struggles on this terrain—to escape it, to better its conditions, to reconstruct it in ways that provide an alternative to capitalist relations.

WARNING!
Reading this book will mean things like this could happen to you: Readings books can be dangerous

Silvia Federici is a feminist writer, teacher, and militant. In 1972, she was cofounder of the International Feminist Collective, which launched the Wages for Housework campaign internationally. With other members of Wages for Housework, like Mariarosa Dalla Costa and Selma James, and with feminist authors like Maria Mies and Vandana Shiva, Federici has been instrumental in developing the concept of “reproduction” as a key to class relations of exploitation and domination in local and global contexts, and as central to forms of autonomy and the commons.

In the 1990s, after a period of teaching and research in Nigeria, she was active in the anti-globalization movement and the U.S. anti-death penalty movement. She is one of the cofounders of the Committee for Academic Freedom in Africa, an organization dedicated to generating support for the struggles of students and teachers in Africa against the structural adjustment of African economies and education systems. From 1987 to 2005, she also taught international studies, women’s studies, and political philosophy courses at Hofstra University in Hempstead, NY.

Her decades of research and political organizing accompanies a long list of publications on philosophy and feminist theory, women’s history, education, culture, international politics, and more recently on the worldwide struggle against capitalist globalization and for a feminist reconstruction of the commons. Her steadfast commitment to these issues resounds in her focus on autonomy and her emphasis on the power of what she calls self-reproducing movements as a challenge to capitalism through the construction of new social relations.