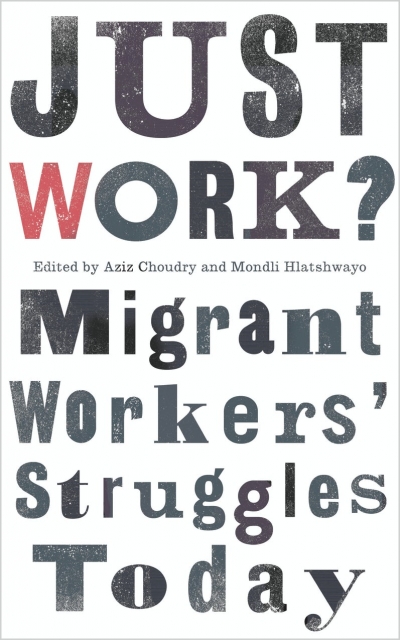 Edited by Aziz Choudry and Mondli Hlatshwayo
This book offers a vast range of grassroots perspectives on global migrant labour organisation in the twenty-first century.

This book offers a vast range of grassroots perspectives on global migrant labour organisation in the twenty-first century. From workers’ organisations in South African migrant worker resistance in the Gulf, from forest workers in the Czech Republic to domestic workers’ structures in Hong Kong, this book brings together a wealth of lived experiences and hidden struggles for the first time.

Highlighting the changing nature of frontline struggles against exploitation, Just Work? shows that migrant workers are finding new and innovative ways of resisting neoliberal immigration measures as they are forced to fight against the precarious nature of jobs from both within and outside of traditional forms of labour organisations. With contributions from scholars and activists from around the world engaged in this resistance, this will be an accessible collection based on grassroots experiences, placed in a political economy framework.