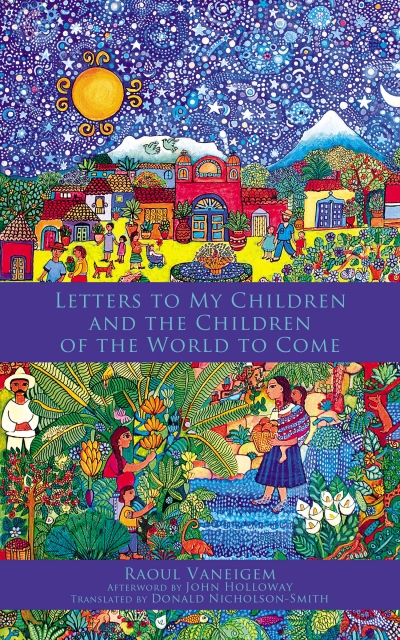 Author: Raoul Vaneigem • Afterword: John Holloway • Translator: Donald Nicholson-Smith
This book poses the question of what kind of world we are going to leave to our children.

Readers of Vaneigem’s now-classic work The Revolution of Everyday Life, which as one of the main contributions of the Situationist International was a herald of the May 1968 uprisings in France, will find much to challenge them in these pages written in the highest idiom of subversive utopianism.

Written some thirty-five years after the May “events,” this short book poses the question of what kind of world we are going to leave to our children. “How could I address my daughters, my sons, my grandchildren and great-grandchildren,” wonders Vaneigem, “without including all the others who, once precipitated into the sordid universe of money and power, are in danger, even tomorrow, of being deprived of the promise of a life that is undeniably offered at birth as a gift with nothing expected in return?”

A Letter to My Children provides a clear-eyed survey of the critical predicament into which the capitalist system has now plunged the world, but at the same time, in true dialectical fashion, and “far from the media whose job it is to ignore them,” Vaneigem discerns all the signs of “a new burgeoning of life forces among the younger generations, a new drive to reinstate true human values, to proceed with the clandestine construction of a living society beneath the barbarity of the present and the ruins of the Old World.”