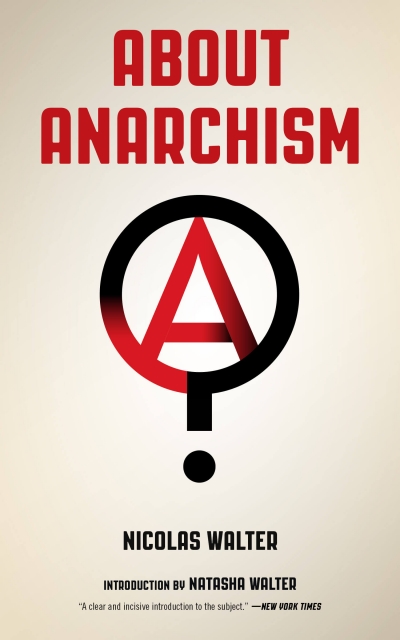 Originally written in 1969 and updated for the twenty-first century, About Anarchism is an uncluttered, precise, and urgently necessary expression of practical anarchism. Crafted in deliberately simple prose and without constant reference to other writers or past events, it can be understood without difficulty and without any prior knowledge of political ideology.

As one of the finest short introductions to the basic concepts, theories, and applications of anarchism, About Anarchism has been translated into many languages, including French, Spanish, Japanese, Chinese, Polish, and Russian. This new edition includes a preface from David Goodway, retains Natasha Walter’s introduction and expanded biographical sketch of the author, Nicolas Walter, who was a respected writer, journalist, and an active protester against the powers of both the church and the state.