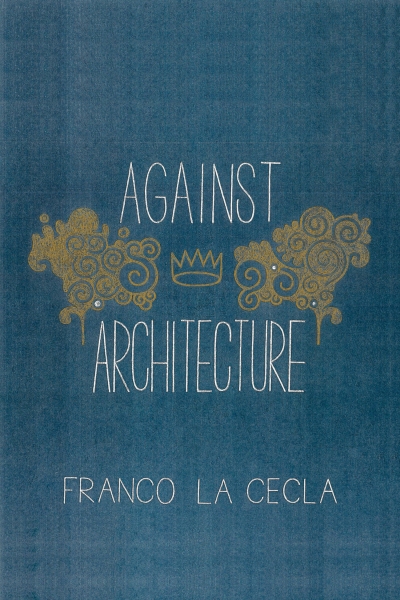 A passionate and erudite charge against the celebrities of the current architectural world.

First published in 2008, (as Contro l’architettura), Against Architecture has been translated into French and Greek, with editions forthcoming in Polish and Portuguese. The book is a passionate and erudite charge against the celebrities of the current architectural world, the “archistars.” According to Franco La Cecla, architecture has lost its way and its true function, as the archistars use the cityscape to build their brand, putting their stamp on the built environment with no regard for the public good.

More than a diatribe against the trade for which he trained, Franco La Cecla issues a call to rethink urban space, to take our cities back from what he calls Casino Capitalism, which has left a string of failed urban projects, from the Sagrera of Barcelona to the expansion of Columbia University in New York City. He finds hope and some surprising answers in the 2006 uprisings in the Parisian suburbs and in wandering the streets of San Francisco. La Cecla recounts his peregrinations, whether as a consultant to urban planners or as an incorrigible flaneur, all the while giving insights into how we might find a way to resist the tyranny of the planners and find the spirit of place. As he comments throughout on the works of past and present masters of urban and landscape writing, including Robert Byron, Mike Davis, and Rebecca Solnit, Franco La Cecla has given us a book that will take an important place in our public discourse.

“To tell the truth, Franco La Cecla is not wrong. There is too much building, sometimes only to put a signature, a stamp on a spot, without any worry about the people who are going to live there. In other situations it is easy to be used by the institutions that support speculation. It is the reason why I refused many projects, because, I am lucky—and I can choose.”  —Renzo Piano in La Repubblica

“La Cecla’s book is a delight, in the way that he dismantles the glory of the ‘archistar’ in their proud myopic grandeur that totally ignores people and their rights to a better urban life.”  —Sebastian Courtois, La Reforme

Born in Palermo in 1950, Franco La Cecla is a renowned anthropologist and architect. He has taught anthropology in many European and Italian cities such as Palermo, Venice, Verona, Paris, and Barcelona. In 2005 he founded the Architecture Social Impact Assessment, ASIA, an agency that evaluates the social impact of architectural and city planning projects. In addition he has created several documentaries, one of which, In Altro Mare (In Another Sea) won the Best Coastal Culture Film award at the 2010 San Francisco Ocean Film Festival. Franco La Cecla is currently in production with RAI television on a series based on Against Architecture.

Mairin O’Mahony was born in London where she worked as an editor for 13 years before moving to San Francisco. Her experience includes a wide variety of copywriting on subjects ranging from agriculture to finance to travel. She is a passionate Italophile, dividing her time between San Francisco and Italy.