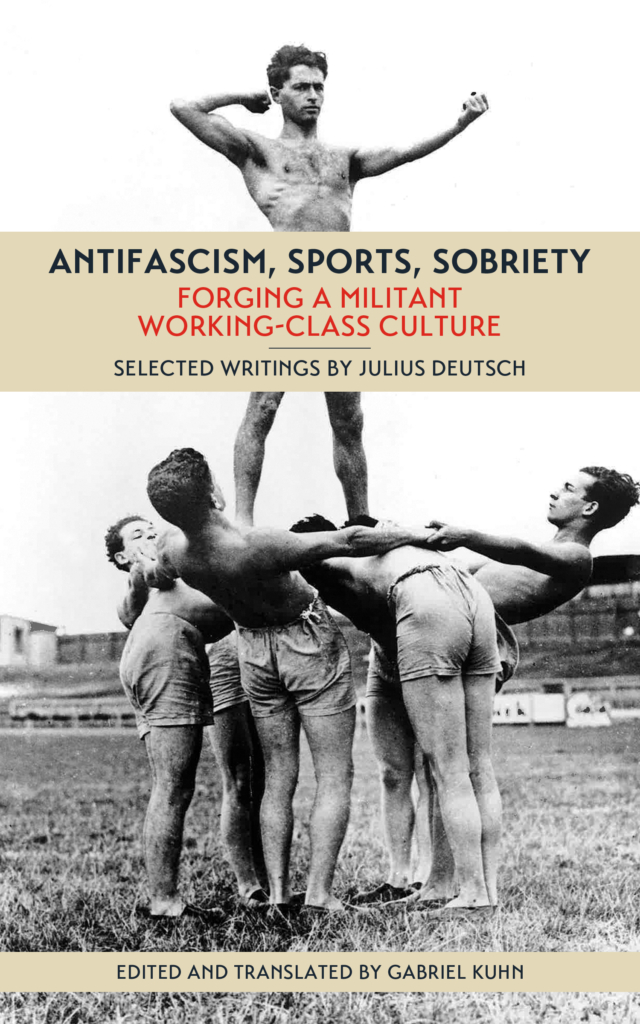 The selected writings of Deutsch, leader of workers’ militias, president of the Socialist Workers’ Sport International, and spokesperson for the Austrian workers’ temperance movement.

The Austromarxist era of the 1920s was a unique chapter in socialist history. Trying to carve out a road between reformism and Bolshevism, the Austromarxists embarked on an ambitious journey towards a socialist oasis in the midst of capitalism. Their showpiece, the legendary “Red Vienna,” has worked as a model for socialist urban planning ever since.

At the heart of the Austromarxist experiment was the conviction that a socialist revolution had to entail a cultural one. Numerous workers’ institutions and organizations were founded, from education centers to theaters to hiking associations. With the Fascist threat increasing, the physical aspects of the cultural revolution became ever more central as they were considered mandatory for effective defense. At no other time in socialist history did armed struggle, sports, and sobriety become as intertwined in a proletarian attempt to protect socialist achievements as they did in Austria in the early 1930s. Despite the final defeat of the workers’ militias in the Austrian Civil War of 1934 and subsequent Fascist rule, the Austromarxist struggle holds important lessons for socialist theory and practice.

Antifascism, Sports, Sobriety contains an introductory essay by Gabriel Kuhn and selected writings by Julius Deutsch, leader of the workers’ militias, president of the Socialist Workers’ Sport International, and a prominent spokesperson for the Austrian workers’ temperance movement. Deutsch represented the physical defense of the working class against its enemies like few others. His texts in this book are being made available in English for the first time.

About the Author and Editor/Translator:
Julius Deutsch (1884–1968) was one of the most renowned representatives of the Austromarxist tendency of the 1920s and ‘30s, chairman of the antifascist workers’ militia organization Republikanischer Schutzbund, president of the Socialist Workers’ Sport International, prominent spokesperson for the workers’ temperance movement, and military adviser for the Republican forces in the Spanish Civil War.

Gabriel Kuhn is an Austrian-born author and translator living in Stockholm, Sweden. Among his publications with PM Press are Sober Living for the Revolution: Hardcore Punk, Straight Edge, and Radical Politics (2010) and All Power to the Councils! A Documentary History of the German Revolution of 1918–1919 (2012).