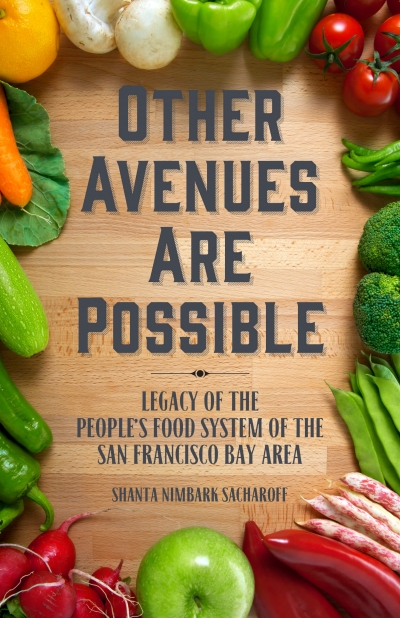 Other Avenues Are Possible

A vivid account of the dramatic rise and fall of the San Francisco People’s Food System of the 1970s.

Other Avenues Are Possible offers a vivid account of the dramatic rise and fall of the San Francisco People’s Food System of the 1970s.

Weaving new interviews, historical research, and the author’s personal story as a longstanding co-op member, the book captures the excitement of a growing radical social movement along with the struggles, heartbreaking defeats, and eventual resurgence of today’s thriving network of Bay Area cooperatives, the greatest concentration of co-ops anywhere in the country.

Integral to the early natural foods movement, with a radical vision of “Food for People, Not for Profit,” the People’s Food System challenged agribusiness and supermarkets, and quickly grew into a powerful local network with nationwide influence before flaming out, often in dramatic fashion. Other Avenues Are Possible documents how food co-ops sprouted from grassroots organizations with a growing political awareness of global environmental dilapidation and unequal distribution of healthy foods to proactively serve their local communities. The book explores both the surviving businesses and a new network of support organizations that is currently expanding.

About the Author:
Shanta migrated from a small village in India to New York, eventually settling in San Francisco, where she felt at home with the foodcentric and co-op-friendly atmosphere. Shanta has been involved in the cooperative movement for more than three decades and works at Other Avenues, a worker-owned food co-op from the “new wave” co-op era of the 1970s. Shanta is a writer and contributes regularly to India Currents, an award- winning magazine. She also writes for various newsletters of the Bay Area’s co-op organizations.