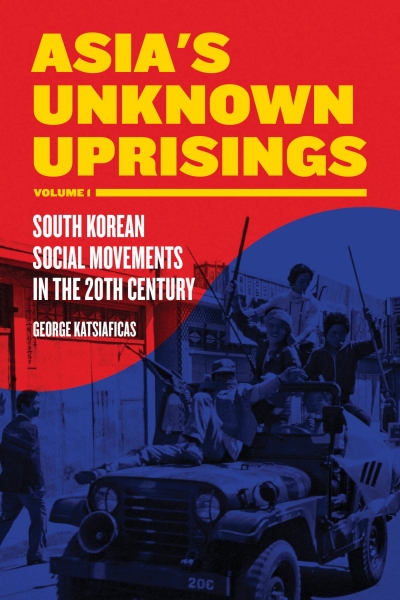 A detailed analysis of the social movements and major uprisings that have patterned South Korea’s politics and society.

Using social movements as a prism to illuminate the oft-hidden history of 20th century Korea, this book provides detailed analysis of major uprisings that have patterned that country’s politics and society. From the 1894 Tonghak Uprising through the March 1, 1919, independence movement and anti-Japanese resistance, a direct line is traced to the popular opposition to U.S. division of Korea after World War Two. The overthrow of Syngman Rhee in 1960, resistance to Park Chung-hee, the 1980 Gwangju Uprising, as well as student, labor, and feminist movements are all recounted with attention to their economic and political contexts. South Korean opposition to neoliberalism is portrayed in detail, as is an analysis of neoliberalism’s rise and effects. With a central focus on the Gwangju Uprising (that ultimately proved decisive in South Korea’s democratization), the author uses Korean experiences as a baseboard to extrapolate into the possibilities of global social movements in the 21st century.

Previous English language sources have emphasized leaders—whether Korean, Japanese, or American. This book emphasizes grassroots crystallization of counter-elite dynamics and notes how the intelligence of ordinary people surpasses that of political and economic leaders holding the reins of power. It is the first volume in a two-part study that concludes by analyzing in rich detail uprisings in nine other places: the Philippines, Burma, Tibet, China, Taiwan, Bangladesh, Nepal, Thailand, and Indonesia. Richly illustrated, with tables, charts, graphs, index, and footnotes.

George Katsiaficas is author or editor of eleven books, including The Imagination of the New Left: A Global Analysis of 1968, the first book to place sixties movements in their worldwide context. Together with Kathleen Cleaver, he co-edited Liberation, Imagination and the Black Panther Party. His book, The Subversion of Politics: European Autonomous Social Movements and the Decolonization of Everyday Life, was co-winner of the 1998 Michael Harrington Award for best new book in political science. In 2010, the May Mothers’ House—widows and mothers of men killed in the 1980 Gwangju Uprising—awarded his service and commitment. A longtime activist for peace and justice, he was a student of Herbert Marcuse and twice granted Fulbright fellowships. Currently, he is based at Wentworth Institute of Technology in Boston, MA.