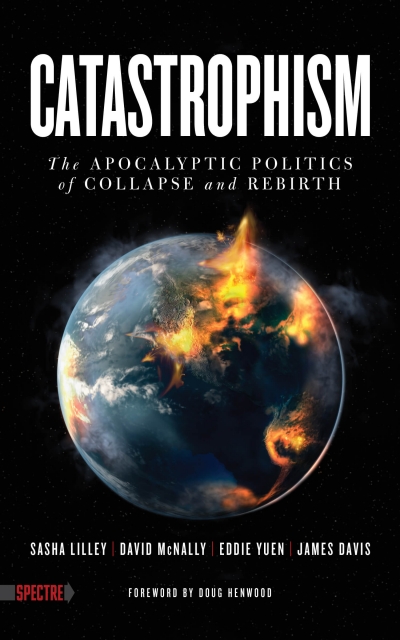 Catastrophism: The Apocalyptic Politics of Collapse and Rebirth

Catastrophism explores the politics of apocalypse and examines why the lens of catastrophe can distort our understanding and impede our ability to transform the world.

We live in catastrophic times. The world is reeling from the deepest economic crisis since the Great Depression, with the threat of further meltdowns ever-looming. Global warming and myriad dire ecological disasters worsen—with little if any action to halt them—their effects rippling across the planet in the shape of almost biblical floods, fires, droughts, and hurricanes. Governments warn that there is no alternative to the bitter medicine they prescribe—or risk devastating financial or social collapse. The right, whether religious or secular, views the present as catastrophic and wants to turn the clock back. The left fears for the worst, but hopes some good will emerge from the rubble. Visions of the apocalypse and predictions of impending doom abound. Across the political spectrum, a culture of fear reigns.

Catastrophism explores the politics of apocalypse—on the left and right, in the environmental movement—and examines why the lens of catastrophe can distort our understanding of the dynamics at the heart of these numerous disasters—and fatally impede our ability to transform the world. Lilley, McNally, Yuen, and Davis probe the reasons why catastrophic thinking is so prevalent, and challenge the belief that it is only out of the ashes that a better society may be born. The authors argue that those who care about social justice and the environment should jettison doomsaying—even as it relates to indisputably apocalyptic climate change. Far from calling people to arms, they suggest, catastrophic fear often results in passivity and paralysis—and, at worst, reactionary politics.