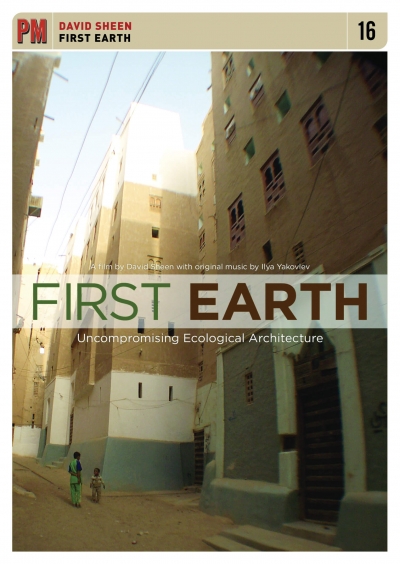 David Sheen
An audiovisual manifesto, four years in the making on four continents, proposing earthen homes as the healthiest housing, transforming our suburban sprawl into eco-villages.

First Earth is about a massive paradigm shift for shelter—building healthy houses in the old ways, out of the very earth itself, and living together like in the old days, by recreating villages. An audiovisual manifesto filmed over four years on four continents, it proposes that earthen homes are the healthiest housing in the world; and that since it still takes a village to raise a healthy child, we must transform our suburban sprawl into eco-villages.
First Earth is not a how-to film, but a why-to film. It establishes the appropriateness of earthen building in every cultural context, under all socio-economic conditions, from third-world communities to first-world countryside, from Arabian deserts to American urban jungles. In the age of collapse and converging emergencies, the solution to many of our ills might just be getting back to basics, for material reasons and for spiritual reasons, both personal and political.

In addition to authoring the scratch video The Red Pill (2003), David Sheen has been documenting, studying, designing, and building ecological housing since 2001. He apprenticed with Ianto Evans and Linda Smiley at the North American School of Natural Building, and at Michael Smith’s Emerald Earth. He also learned biomimicry, the study of nature’s design principles and its application to human habitats, with architect Eugene Tsui.

See and hear film maker interviews, reviews, and other news on the Director’s Page HERE