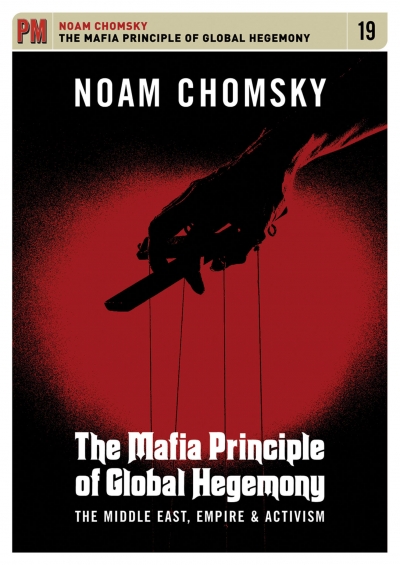 The Middle East, Empire, and Activism
by Noam Chomsky
The world’s most influential living intellectual, Noam Chomsky, holds forth on the root causes of the conflicts in the Middle East, and talks about hopes for future social change.

“Ignoring the will of the population is normal. It happens all the time. What’s a little more interesting about the Iran case is that the United States is also ignoring the will of major sectors of corporate interest that have a special interest in the Middle East. The energy corporations would be delighted to have the threats end and to be able to exploit Iranian oil but they’re being disregarded too and that’s a little more unusual. It happens but it’s unusual. It tells us something about how state power is exercised and why. In fact there is a state interest in isolating and undermining Iran that overrides the usual commitment to the interests of concentrated private power. It’s something you might call the Mafia Principle—a sensible principle. Disobedience can’t be tolerated.” –Noam Chomsky

About Noam Chomsky:
Noam Chomsky was born in Philadelphia, Pennsylvania, on December 7, 1928. He studied linguistics, mathematics, and philosophy at the University of Pennsylvania. In 1955, he received his Ph. D. from the University of Pennsylvania. Since receiving his Ph. D., Chomsky has taught at Massachusetts Institute of Technology, where he is Institute Professor in the Department of Linguistics and Philosophy. His work is widely credited with having revolutionized the field of modern linguistics. Chomsky is the author of numerous best-selling political works, which have been translated into scores of languages worldwide. His most recent books are the New York Times bestsellers Hegemony or Survival, Failed States, Imperial Ambitions, What We Say Goes, Interventions, and The Essential Chomsky.Chapters:
1. U.S. Policy in Middle East
2. Iran and the “International Community”
3. Nuclear Weapons Free Zones
4. Iran and the “Mafia Principle”
5. The Double Standard of Nuclear Non-Proliferation
6. Anti-Missile Systems as a First Strike
7. “Reconceptualizing” Israel/Palestine
8. All Settlements are Illegal
9. Politicide
10. The Right of Self-Defense by Force
11. Israel and Hamas
12. U.S. Should Be the Target of Activism
13. Questions and Answers
14. Noam Chomsky in Conversation with Larry Bensky: Introduction
15. Mobilizing Working Class People
16. The Coherence of Rightwing Populism
17. Human Nature and Society
18. A World Without War
19. The Legacy of the 1960s
20. The Draft As a Tactical Mistake
21. Protest – Then and Now
22. Afghanistan
23. The Environmental Crisis
24. Countervailing Tendencies
25. Peak Oil – Better Sooner than Later
26. Money in Politics
27. Propaganda Against Government
28. Atomized Activism
29. Technology and Action