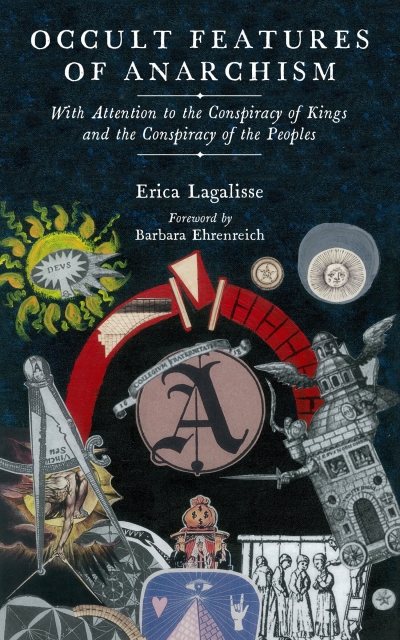 With Attention to the Conspiracy of Kings and the Conspiracy of the Peoples
• Author: Erica Lagalisse • Foreword: Barbara Ehrenreich
Sets straight the history of the Left and illustrates the relationship between revolutionism, pantheistic occult philosophy, and the clandestine fraternity.

In the nineteenth century anarchists were accused of conspiracy by governments afraid of revolution, but in the current century various “conspiracy theories” suggest that anarchists are controlled by government itself. The Illuminati were a network of intellectuals who argued for self-government and against private property, yet the public is now often told that they were (and are) the very group that controls governments and defends private property around the world. Intervening in such misinformation, Lagalisse works with primary and secondary sources in multiple languages to set straight the history of the Left and illustrate the actual relationship between revolutionism, pantheistic occult philosophy, and the clandestine fraternity.

Studying anarchism as a historical object, Occult Features of Anarchism also shows how the development of leftist theory and practice within clandestine masculine public spheres continues to inform contemporary anarchist understandings of the “political,” in which men’s oppression by the state becomes the prototype for power in general. Readers behold how gender and religion become privatized in radical counterculture, a historical process intimately linked to the privatization of gender and religion by the modern nation-state.