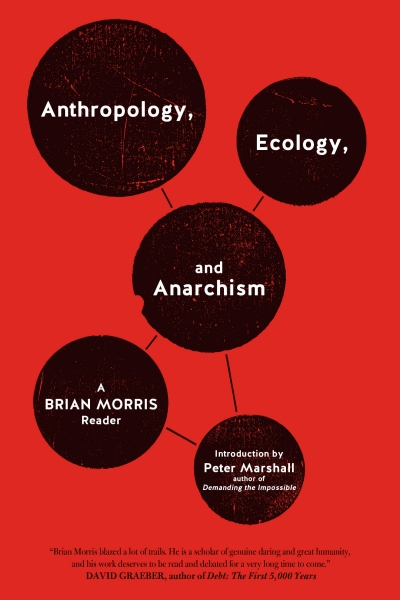 This work takes an interdisciplinary approach moving seamlessly among topics, offering up coherent and practical connections between various scholarly interests and his deeply held commitment to anarchist politics and thought.

Over the course of a long career, Brian Morris has created an impressive body of engaging and insightful writings—from social anthropology and ethnography to politics, history, and philosophy—that have made these subjects accessible to the layperson without sacrificing analytical rigor. But until now, the essays collected here, originally published in obscure journals and political magazines, have been largely unavailable to the broad readership to which they are so naturally suited. The opposite of arcane, specialized writing, Morris’s work takes an interdisciplinary approach that moves seamlessly among topics, offering up coherent and practical connections between his various scholarly interests and his deeply held commitment to anarchist politics and thought.

Approached in this way, anthropology and ecology are largely untapped veins whose relevance for anarchism and other traditions of social thought have only recently begun to be explored and debated. But there is a long history of anarchist writers drawing upon works in those related fields. Morris’s essays both explore past connections and suggest ways that broad currents of anarchist thought will have new and ever-emerging relevance for anthropology and many other ways of understanding social relationships. His writings avoid the constraints of dogma and reach across an impressive array of topics to give readers a lucid orientation within these traditions and point to new ways to confront common challenges.

Brian Morris is professor emeritus of anthropology at Goldsmiths College, London. He received a doctorate in social anthropology at the London School of Economics and Political Science, having done his PhD fieldwork among hunter-gatherers in Southern India. Prior to his academic career, he worked as a tea planter in Malawi where he has done extensive fieldwork. He has written books and articles on topics including ecology, botany, philosophy, history, religion, anthropology, ethnobiology, and social anarchism. After discovering anarchist thought in the mid-1960s, he remained active in various protests and political movements. His previous political books include The Anarchist Geographer: An Introduction to the Life of Peter Kropotkin; Kropotkin: The Politics of Community; Ecology and Anarchism: Essays and Reviews on Contemporary Thought; and Bakunin: The Philosophy of Freedom.

Peter Marshall is a philosopher, historian, biographer, travel writer, and poet. He has written fifteen highly acclaimed books, including the landmark history of anarchism, Demanding the Impossible. His circumnavigation of Africa was made into a six-part TV series and his voyage around Ireland into a BBC Radio series.

See and hear author interviews, book reviews, and other news on the Brian Morris’s Page HERE