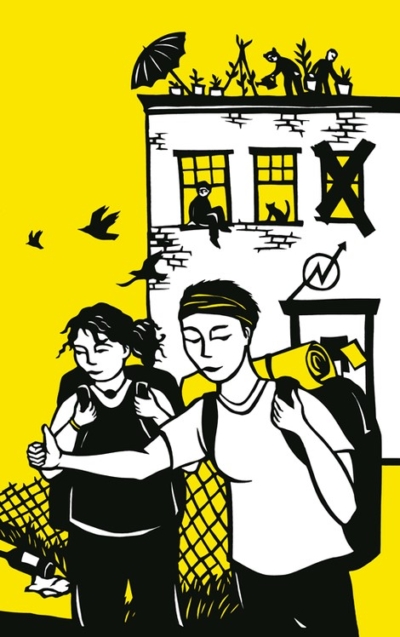 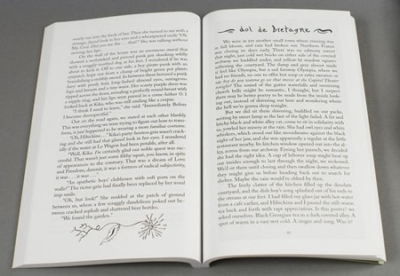 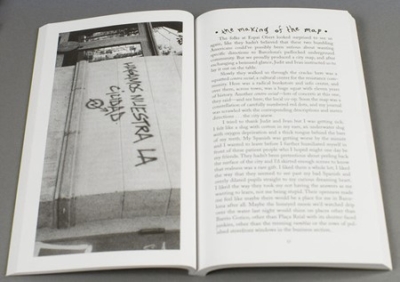 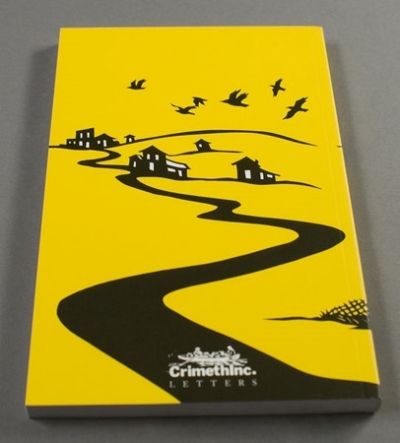 Imagine what your punk-rock male travelogue would read like if it was written by a couple of intelligent, rebellious, freedom-seeking women.

A punk rock vision quest told in the tradition of the anarchist travel story, Off the Map is narrated by two young women as they discard their maps, fears, and anything resembling a plan, and set off on the winds of the world. Without the smug cynicism that seems to permeate most modern radical tales, this story is told with genuine hope, and a voice that never loses its connection with the mysteries of life, even in the midst of everyday tragedies. Wandering across Europe, the dozens of vignettes are the details of the whole—a squatted castle surrounded by tourists on the Spanish coast, a philosophizing businessman on the highways of France, a plaça full of los crustos in Barcelona, a diseased foot in a Belgian train squat, a glow bug on the dew-covered grass of anywhere—a magical, novel-like folktale for the end of the world. 146 pages long with a cover featuring original artwork by Nikki McClure.

Off the Map began its life as 98-page half-size zine, of which 50 copies were made by its two authors in Prague and given out to friends. A few months later, back in Olympia, a couple CrimethInc. agents doing some late-night photocopying at Kinko’s happened to stumble upon one of the authors making a few more copies of Off the Map, and after a pleasant and lively conversation, she gave them a copy. One day and 98 pages later, a frantic search was underway to find the author, lavish her with praise, and get permission to copy and distribute Off the Map. Well, we found each other, and thus began what soon became elemental relationships for CrimethInc. Far East, with both authors becoming actively involved with CrimethInc., and in the two years that followed, we distributed thousands of copies of Off the Map for free to anyone who requested it.

Over time it became clear that as copies of Off the Map made it out into the world, it was having a significant impact on its readers; we were soon receiving more letters and praise about Off the Map than any of our other publications—and also requests for more copies, etc. As more and more requests came in, we began to struggle to make the necessary copies, and the postage-cost of sending them out ($1.29 a pop) began seriously fucking with our financial resources. We made public requests for assistance and this helped out in the short-term, but the problems continued to get worse, and circumstance forced us to make a decision: make Off the Map into a book and sell it to break even (or maybe even lose a few cents), or retire it from our distribution.

Some years ago, we had posted a detailed, 1250-word explanation of our reasons for making Off the Map into a book, but after all this time and the immense success of the book, we feel a short summary will now suffice: it was the only way we could sustain its distribution, was what we saw as the next step towards helping it gain a wider audience, and we just plain love the story and want it to be presented as well as possible. We hope you enjoy it as much as we do.
– CrimethInc