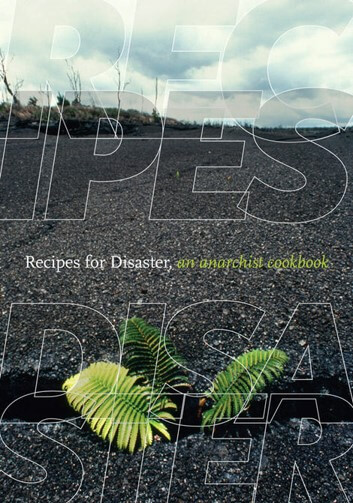 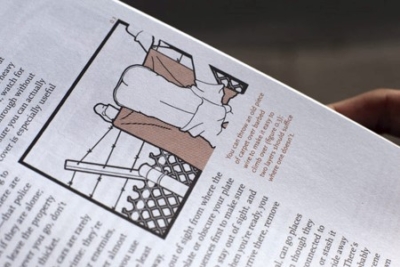 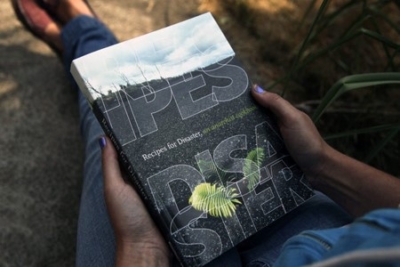 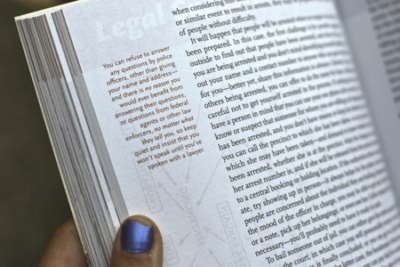 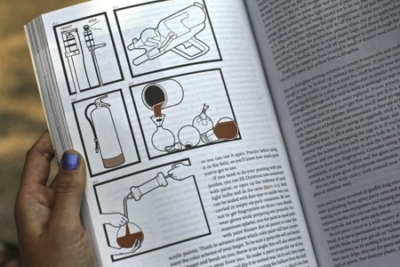 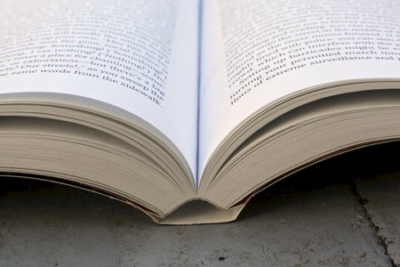 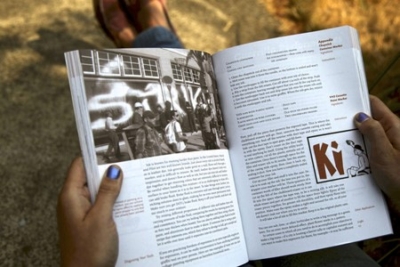 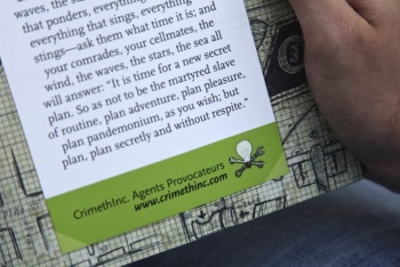 A compendium of tips and anecdotes from the struggle for a better world.

Not The Anarchist Cookbook, but an anarchist cookbook. A compendium of tips and anecdotes from the struggle for a better world. CrimethInc’s 2012 second edition, with bigger images, better layout, and a few extra bits.

Three years in the making, Recipes for Disaster is the long-awaited follow-up to the CrimethInc. collective’s notorious first book, Days of War, Nights of Love. This 400-page manual complements the romance and idealism of that earlier work with practical information and instruction. Over thirty collectives collaborated in testing, composing, and editing the book’s 62 sections, which range from Affinity Groups, Coalition Building, and Mental Health to Sabotage, Squatting, and Wheatpasting. These are illustrated with extensive technical diagrams and first-hand accounts, and prefaced with a thorough discussion of the diverse roles direct action can play in social transformation. If you’re looking for a tactical handbook for revolutionary action, look no further.

This second edition, released in Fall of 2012, is comprised of the same content as the first edition, and boasts a new larger 7” x 10” format; photos and diagrams that are 77% and 164% larger, respectively; twenty-one new photos and a new introduction; improved typography and readability; and a more durable layflat binding. Read a detailed blog post about the improvements and their history here.

You must always have a secret plan. Everything depends on this: it is the only question. So as not to be conquered by the conquered territory in which you lead your life, so as not to feel the horrible weight of inertia wrecking your will and bending you to the ground, so as not to spend a single night more wondering what there is to do or how to connect with your neighbours and countrymen, you must make secret plans without respite. Plan for adventure, plan for pleasure, plan for pandemonium, as you wish; but plan, lay plans constantly.

And when you come to, on the steps of the presidential palace, in the green grass beside the highway, in your cell’s gloomy solitude, your secret plan finished or foiled, ask your comrades, ask your cellmates, ask the wind, the waves, the stars, the sea, ask everything that ponders, everything that wanders, everything that sings, everything that stings—ask them what time it is; and your comrades, your cellmates, the wind, the waves, the stars, the sea will all answer: “It is time for a new secret plan. So as not to be the martyred slave of routine, plan adventure, plan pleasure, plan pandemonium, as you wish; but plan, plan secretly and without respite.”

Introduction to the Second Edition

We completed this book in fall 2004, at the tail end of the anti-globalization and anti-war movements. Uncertain how much time remained to us, we scrambled to pass on everything we’d learned across a decade of rebellion.

That makes it something of a time capsule: not just a collection of tactics, but a reflection of the practices and priorities of an entire community, a community that has evolved considerably since. Today, with another decade of struggle under our belts, some of the emphases seem almost quaint. As dramatic as the stakes seemed to us in 2004, they are far higher in 2012.

This is not to say the recipes have lost their relevance. On the contrary, since the chief role of such a book is to get the wheels turning for the reader to do her own brainstorming, the least contemporary tactics may be the most interesting to read about. Most of the material is essentially timeless; the principles of evasive action will be important as long as there are police. Some of the tactics for which this book remains the definitive guide, such as the black bloc, have only grown more important over the interceding years. Would that we had the time to produce a companion volume with everything we’ve learned since!

A few ingrates have griped that the contents of this book are not militant enough, apparently not troubling to avail themselves of the resources herein regarding rioting, sabotage, and offensive anonymity. To be sure, we only wrote about subjects with which we had firsthand experience—this is not a sensationalist coffee-table book to entertain idlers, but a manual to be put to use. If you’re hoping to learn how to operate a firearm by reading, you probably need to rethink your whole approach.

But indeed, why include homemade musical instruments and improvised munitions alongside one another in the same collection? What does turning a bicycle into a record player have to do with shutting down the economy and overthrowing the government?

After all these years, it still seems to us that revolution is not simply a matter of resistance, but of changing the ways we relate: to each other, to our own lives, to the world we otherwise take for granted. We maintain that the processes of experimentation and insurrection cannot be separated. It is as pressing to interrupt the received routines of this society—yes, even our conventional relationship to bicycles—as it is to destroy the means by which our rulers hold power. In fact, these are one and the same: one must plot a surprise party the way one would strategize for an attack, and vice versa. We should stand up to our oppressors the way we would sit down to a feast.

Whether you begin with performance art and arrive at the conclusion that our entire civilization has to be transformed, or humorlessly set out to make war on capitalism only to discover that you can’t win by vandalism alone, play and revolt are as inextricable as creation and destruction. Whimsy must arm itself to survive in this world; militants must win hearts to triumph. Whether you fancy yourself an artist or an insurgent, it takes courage to acknowledge this and act accordingly.

To change everything, start anywhere—
so long as you don’t stop there.
CrimethInc. Agents Provocateurs, August 2012