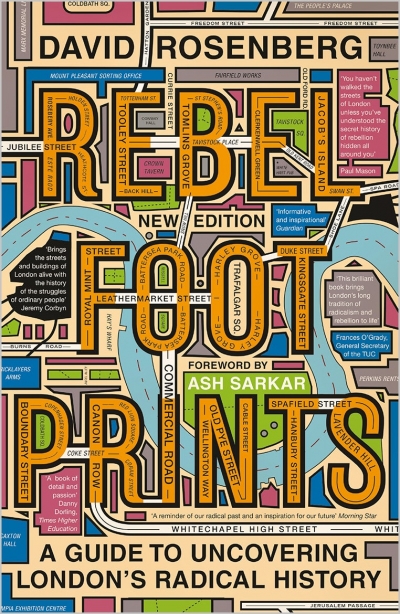 The book invites us to step into the footprints of a diverse cast of dedicated fighters for social justice who walked the streets of London.

The radical response to conservative heritage tours and banal day-tripper guides, Rebel Footprints brings to life the history of social movements in the capital. Transporting readers from well-known landmarks to history-making hidden corners, David Rosenberg tells the story of protest and struggle in London from the early nineteenth to the mid-twentieth century.

From the suffragettes to the socialists, from the Chartists to the trade unionists, the book invites us to step into the footprints of a diverse cast of dedicated fighters for social justice.

Self-directed walks pair with narratives that seamlessly blend history, politics and geography, and beautifully illustrated maps immerse the reader in the story of the city. Whether you are visiting it for the first time, or born and raised in it, Rosenberg invites you to see London as you never have before: the nation’s capital as its radical centre.