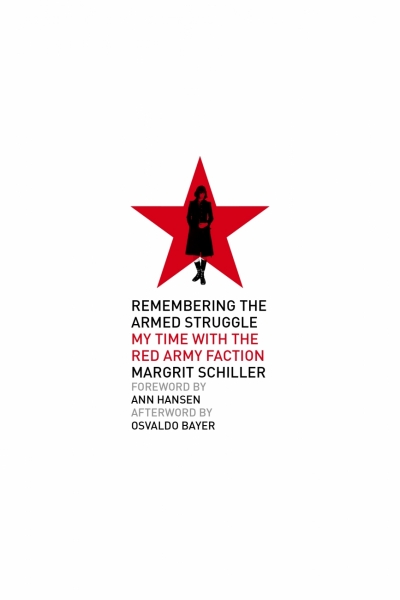 Remembering the Armed Struggle: My Time with the Red Army Faction

Biography, Books, Europe, History
by Margrit Schiller
Schiller was an early member of the Red Army Faction and her story recounts her experiences with the group from founding to her her eventual prison sentence.

Margrit Schiller was an early member of the Red Army Faction, the West German urban guerrilla group. In 1971 she was captured and charged with a murder she did not commit, and upon her release she returned to the underground, being captured again in early 1974. She would spend most of the 1970s in prison, enduring isolation conditions meant to break the human spirit, and participating hunger strikes and other acts of resistance along with other political prisoners from the RAF.

In Remembering the Armed Struggle, Schiller recounts the process through which she joined her generation’s revolt in the 1960s, going from work with drug users to joining the antipsychiatry political organization the Socialist Patients’ Collective and then the RAF. She tells of how she met and worked alongside the group’s founding members, Ulrike Meinhof, Andreas Baader, Jan-Carl Raspe, Irmgard Möller, and Holger Meins; how she learned the details of the May Offensive and other actions while in her prison cell; about the struggles to defend human dignity in the most degraded of environments, and the relationships she forged with other women in prison.

Also included are a foreword by Ann Hansen, who situates the draconian prison conditions inflicted on the RAF within the context of a global counterinsurgency program that would help spawn the plague of mass incarceration we still face today, an afterword by the late Osvaldo Bayer, and an appendix by J. Smith and André Moncourt summarizing the politics and history of the RAF in the 1970s.