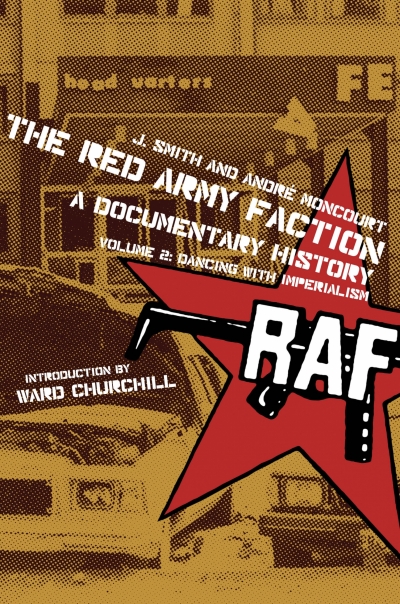 The long-awaited Volume 2 of the first-ever English-language study of the Red Army Faction—West Germany’s most notorious urban guerillas—covers the period immediately following the organization’s near-total decimation in 1977. This work includes the details of the guerilla’s operations, and its communiqués and texts, from 1978 up until the 1984 offensive.

This was a period of regrouping and reorientation for the RAF, with its previous focus on freeing its prisoners replaced by an anti-NATO orientation. This was in response to the emergence of a new radical youth movement in the Federal Republic, the Autonomen, and an attempt to renew its ties to the radical left. The possibilities and perils of an armed underground organization relating to the broader movement are examined, and the RAF’s approach is contrasted to the more fluid and flexible practice of the Revolutionary Cells. At the same time, the history of the 2nd of June Movement (2JM), an eclectic guerilla group with its roots in West Berlin, is also evaluated, especially in light of the split that led to some 2JM members officially disbanding the organization and rallying to the RAF. Finally, the RAF’s relationship to the East German Stasi is examined, as is the abortive attempt by West Germany’s liberal intelligentsia to defuse the armed struggle during Gerhard Baum’s tenure as Minister of the Interior.

Dancing with Imperialism will be required reading for students of the First World guerilla, those with interest in the history of European protest movements, and all who wish to understand the challenges of revolutionary struggle.

“This collection is not simply a documentary of the West German revolutionary Left at a particular point in the Cold War 1970s. It is more important for the insights it provides into the challenges, obstacles, and opportunities of waging armed struggle within the context of a wealthy, well-resourced, Western capitalist state. In this, the experiences and activities of the RAF are unique in the lessons they might teach organizers in Western capitalist milieus. In our own context, it is likely that future conditions of radical social change, and certainly revolutionary struggles, will more closely approximate those engaged by the RAF in 1970s West Germany than the much more influential examples of Russia in 1917 or Spain in 1936.”
—Jeff Shantz, Upping the Anti

“The editors of this work, J. Smith and André Moncourt, have created an intelligently political work that honestly discusses the politics of the Red Army Faction during its early years. Their commentary explains the theoretical writings of the RAF from a left perspective and puts their politics and actions in the context of the situation present in Germany and the world at the time. It is an extended work that is worth the commitment required to read and digest it. Not only a historical document, the fact that it is history provides us with the ability to comprehend the phenomenon that was the RAF in ways not possible thirty years ago”
—Ron Jacobs, Counterpunch (on Volume 1)

J. Smith is the pseudonym of an activist who has been involved in the radical left for over twenty years. André Moncourt is the pseudonym of a writer with his political roots in the movements of the seventies and eighties. Together they co-edited The Red Army Faction, A Documentary History, Volume 1: Projectiles for the People, and co-authored Daring to Struggle, Failing to Win.