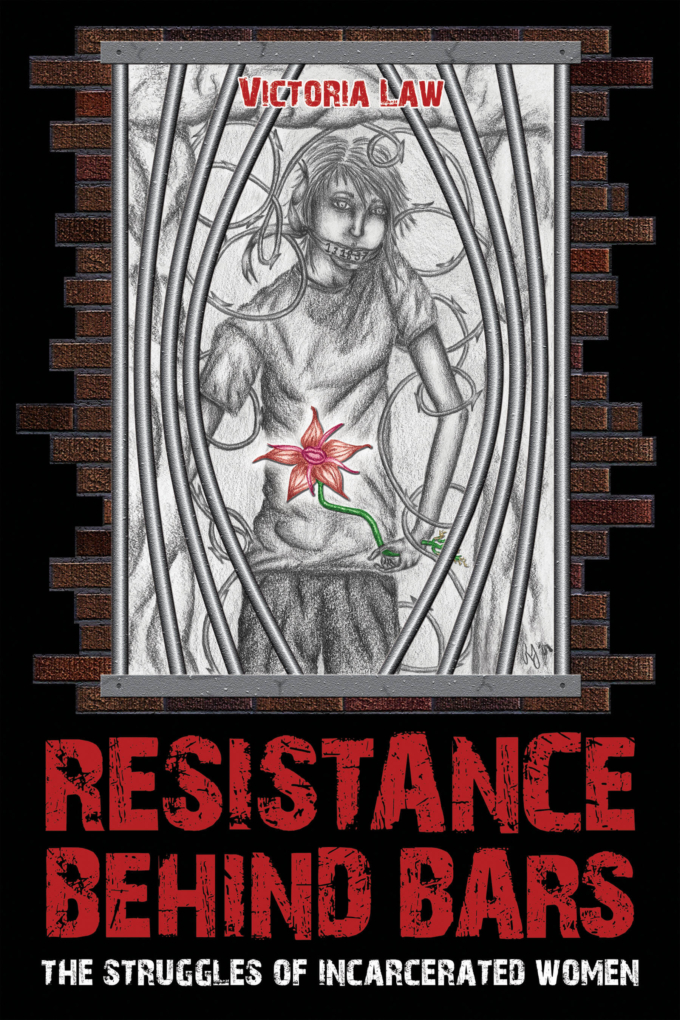 Resistance Behind Bars: The Struggles Of Incarcerated Women (1st ed)

The second edition is now available.

The updated second edition of the book is available HERE.

While many have heard of the 1971 Attica prison uprising, the August Rebellion remains relatively unknown even in activist circles.  Resistance Behind Bars is determined to challenge and change such oversights. As it examines daily struggles against appalling prison conditions and injustices, Resistance documents both collective organizing and individual resistance among women incarcerated in the United States. Emphasizing women’s agency in resisting the conditions of their confinement through forming peer education groups, clandestinely arranging ways for children to visit mothers in distant prisons and raising public awareness about their lives, Resistance seeks to spark further discussion and research into the lives of incarcerated women and galvanize much-needed outside support for their struggles.

“Victoria Law’s eight years of research and writing, inspired by her unflinching commitment to listen to and support women prisoners, has resulted in an illuminating effort to document the dynamic resistance of incarcerated women in the United States.” âRoxanne Dunbar-Ortiz

“Written in regular English, rather than academese, this is an impressive work of research and reportage.” –Mumia Abu-Jamal, political prisoner and author of Live From Death Row

“Finally! A passionately and extensively researched book that recognizes the myriad ways in which women resist in prison, and the many particular obstacles that, at many points, hinder them from rebelling. Even after my own years inside, I learned from this book.” –Laura Whitehorn, former political prisoner

“Excellently researched and well documented, Resistance Behind Bars is a long needed and much awaited look at the struggles, protests and resistance waged by women prisoners. Highly recommended for anyone interested in the modern American gulag.” –Paul Wright, former prisoner, founder/publisher of Prison Legal News, editor of Prison Nation: The Warehousing of America’s Poor and Prison Profiteers: Who Makes Money from Mass Incarceration

“Repression tries not only to crush but to quiet. But as Vikki Law shows in this multifaceted book, all that is unseen is not absent. Guided by years of anti-prison organizing and a palpable feminist practice, Law documents the many ways women challenge the twin forces of prison and patriarchy, each trying to render women invisible. In the face of attempts at erasure, women prisoners resist to survive and survive to resist. We would do well to pay attention.” –Dan Berger, co-editor, Letters from Young Activists

“Resistance offers us a much-needed, much broader and nuanced definition of resistance–a woman’s definition based on the real material conditions of women. I hope that when one reads about the experiences of women prisoners’ organizing and resistance, the reader, both woman and man, will begin to glimpse the possibilities and necessity of such forms as we continue to struggle for a more just and equal world free from all forms of oppression. If women worldwide are unable to liberate themselves, human liberation will not be possible.” –Marilyn Buck, anti-imperialist political prisoner, activist, poet and artist

Victoria Law is a writer, photographer and mother. After a brief stint as a teenage armed robber, she became involved in prisoner support. In 1996, she helped start Books Through Bars-New York City, a group that sends free books to prisoners nationwide. In 2000, she began concentrating on the needs and actions of women in prison, drawing attention to their issues by writing articles and giving public presentations. Since 2002, she has worked with women incarcerated nationwide to produce the zine Tenacious: Art and Writings from Women in Prison and has facilitated having incarcerated women’s writings published in Clamor magazine, the website “Women and Prison: A Site for Resistance” and the upcoming anthology Interrupted Lives.

In 1995, she became involved with ABC No Rio, a collectively-run arts center on New York’s Lower East Side, serving as Board Treasurer from 1997 to 2002. In 1997, she organized a group of activist photographers to transform one of No Rio’s upstairs tenement apartments into a black-and-white photo darkroom for community use. Since then, she has remained actively involved in coordinating (and sometimes co-teaching) free photography classes for neighborhood youth. In addition, she has participated in and curated numerous exhibitions at No Rio’s gallery, many with themes addressing social and political issues such as incarceration, grassroots efforts to rebuild New Orleans, Zapatista organizing, police brutality and squatting.

In 2003, she began presenting “Don’t Leave Your Friends Behind,” a workshop addressing the specific (and often unacknowledged) needs of parents and children in radical movements. Sometimes with China Martens and sometimes with Jennifer Silverman, she has facilitated discussions in Baltimore, New York City, Providence, Montreal, Minneapolis and Boston. With Jessica Mills and China Martens, she is compiling a handbook for allies of radical parents by the same name.