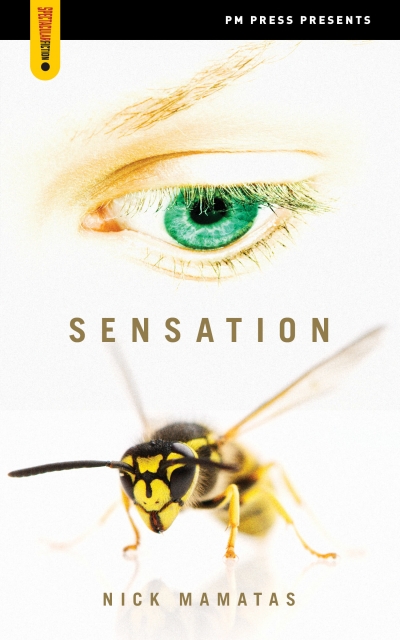 Love, Politics, Parasitic Manipulation. An underworld of radical political gestures and Internet organizing looking to overthrow a a ruling class it knows nothing about.

Love. Politics. Parasitic manipulation. Julia Hernandez left her husband, shot a real-estate developer out to gentrify Brooklyn, and then vanished without a trace. Well, perhaps one or two traces were left… With different personal and consumption habits, Julia has slipped out of the world she knew and into the Simulacrum—a place between the cracks of our existence from which human history is both guided and thwarted by the conflict between a species of anarchist wasp and a collective of hyperintelligent spiders. When Julia’s ex-husband Raymond spots her in a grocery store he doesn’t usually patronize, he’s drawn into an underworld of radical political gestures and Internet organizing looking to overthrow a ruling class it knows nothing about—and Julia is the new media sensation of both this world and the Simulacrum.

Told ultimately from the collective point of view of another species, Sensation plays with the elements of the Simulacrum we all already live in: media reports, businessspeak, blog entries, text messages, psychological evaluation forms, and the always fraught and kindly lies lovers tell one another.

About the Author:
Nick Mamatas is the author of three novels, including Move Under Ground and Under My Roof, which have been translated into German, Italian, and Greek and nominated for the Bram Stoker and International Horror Guild awards and the Kurd Lasswitz Prize. Many of his sixty short stories were recently collected in You Might Sleep… As co-editor of Clarkesworld, the online magazine of the fantastic, he was nominated for the World Fantasy award and for science fiction’s Hugo award, and with Ellen Datlow is he co-editor of the anthology Haunted Legends. Nick’s reportage and essays on radical politics, digital society, pop culture and everyday life have appeared in the Village Voice, In These Times, Clamor, The New Humanist, The Smart Set and many other venues, including various Disinformation and Smart Pop Books anthologies. A native New Yorker, Nick now lives in the California Bay Area.