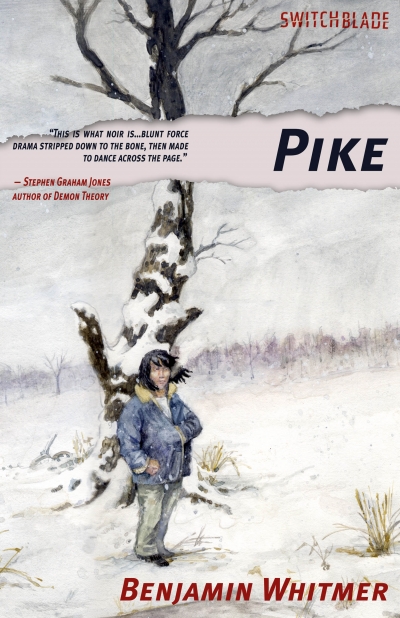 Pike captures the grime and the rage of Cincinnati with disturbing precision. The words don’t just tell a story here, they scream, bleed, and burst into flames.

Douglas Pike is no longer the murderous hustler he was in his youth, but reforming hasn’t made him much kinder. He’s just living out his life in his Appalachian hometown, working odd jobs with his partner, Rory, hemming in his demons the best he can. And his best seems just good enough until his estranged daughter overdoses and he takes in his twelve-year-old granddaughter, Wendy.

Just as the two are beginning to forge a relationship, Derrick Kreiger, a dirty Cincinnati cop, starts to take an unhealthy interest in the girl. Pike and Rory head to Cincinnati to learn what they can about Derrick and the death of Pike’s daughter, and the three men circle, evenly matched predators in a human wilderness of junkie squats, roadhouse bars, and homeless Vietnam vet encampments

About the Author:
Benjamin Whitmer was raised by back-to-the-landers in southern Ohio and upstate New York. He now lives with his wife and two children in Colorado, where he spends most of his time trolling local histories and haunting the bookshops, blues bars, and firing ranges of ungentrified Denver. He has published fiction and non-fiction in a number of magazines, anthologies, and essay collections. Pike is his first novel.