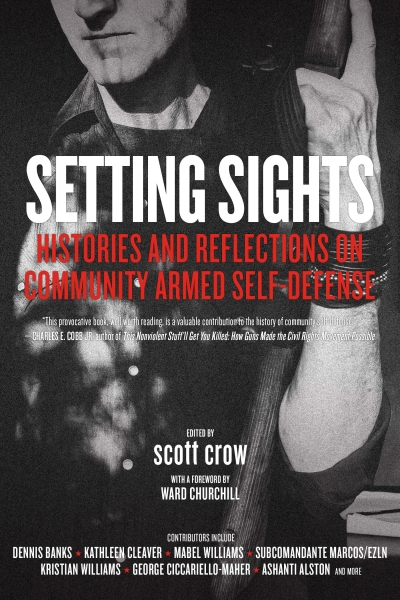 Editor: scott crow
This anthology uncovers the hidden histories and ideas of community armed self-defense, as used by marginalized and oppressed communities as well as anarchists and radicals.

Note: This item hasn’t reached the UK yet – so you’re placing a pre-order! When it arrives at the UK warehouse it’ll be posted out to you.

Decades ago, Malcolm X eloquently stated that communities have the legitimate right to defend themselves “by any means necessary” with any tool or tactic, including guns. This wide-ranging anthology uncovers the hidden histories and ideas of community armed self-defense, exploring how it has been used by marginalized and oppressed communities as well as anarchists and radicals within significant social movements of the twentieth and twenty-first centuries.

Far from a call to arms, or a “how-to” manual for warfare, this volume offers histories, reflections, and questions about the role of firearms in small collective defense efforts and its place in larger efforts toward the creation of autonomy and liberation.