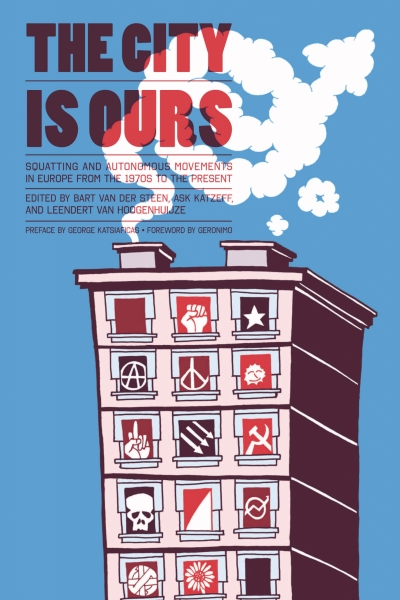 The City Is Ours

Squatting and Autonomous Movements in Europe from the 1970s to the Present
Editors: Bart van der Steen, Ask Katzeff, and Leendert van Hoogenhuijze

The City Is Ours paints a broad and complex picture of Europe’s squatting and autonomous movements through local movement histories of eight different cities.

Squatters and autonomous movements have been in the forefront of radical politics in Europe for nearly a half-century—from struggles against urban renewal and gentrification, to large-scale peace and environmental campaigns, to spearheading the antiausterity protests sweeping the continent.

Through the compilation of the local movement histories of eight different cities—including Amsterdam, Berlin, and other famous centers of autonomous insurgence along with underdocumented cities such as Poznan and Athens—The City Is Ours paints a broad and complex picture of Europe’s squatting and autonomous movements.

Each chapter focuses on one city and provides a clear chronological narrative and analysis accompanied by photographs and illustrations. The chapters focus on the most important events and developments in the history of these movements. Furthermore, they identify the specificities of the local movements and deal with issues such as the relation between politics and subculture, generational shifts, the role of confrontation and violence, and changes in political tactics.