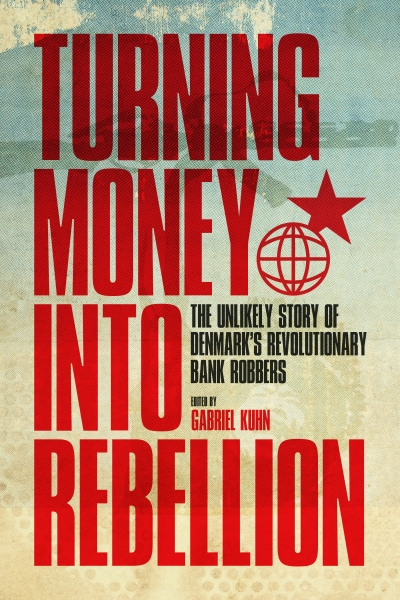 The Blekingegade Group were members of a communist organisation who lived modest lives. Over a period of almost two decades they sent millions of dollars acquired in spectacular heists to Third World liberation movements, in particular the Popular Front for the Liberation of Palestine (PFLP). Turning Money into Rebellion covers the group’s fascinating journey from the 1960s until seven were jailed in 1991.

Blekingegade is a quiet Copenhagen street. It is also where, in May 1989, the police discovered an apartment that had served Denmark’s most notorious twentieth-century bank robbers as a hideaway for years. The Blekingegade Group members belonged to a communist organization and lived modest lives in the Danish capital. Over a period of almost two decades, they sent millions of dollars acquired in spectacular heists to Third World liberation movements, in particular the Popular Front for the Liberation of Palestine (PFLP). In May 1991, seven of them were convicted and went to prison.

The story of the Blekingegade Group is one of the most puzzling and captivating chapters from the European anti-imperialist milieu of the 1970s and ’80s. Turning Money into Rebellion: The Unlikely Story of Denmark’s Revolutionary Bank Robbers is the first-ever account of the story in English, covering a fascinating journey from anti-war demonstrations in the late 1960s via travels to Middle Eastern capitals and African refugee camps to the group’s fateful last robbery that earned them a record haul and left a police officer dead.

The book includes historical documents, illustrations, and an exclusive interview with Torkil Lauesen and Jan Weimann, two of the group’s longest-standing members. It is a compelling tale of turning radical theory into action and concerns analysis and strategy as much as morality and political practice. Perhaps most importantly, it revolves around the cardinal question of revolutionary politics: What to do, and how to do it?

“This book is a fascinating and bracing account of how a group of communists in Denmark sought to aid the peoples of the Third World in their struggles against imperialism and the dire poverty that comes with it. The book contains many valuable lessons as to the practicalities of effective international solidarity, but just as importantly, it is a testament to the intellectual courage of the Blekingegade Group.“
—Zak Cope, author of Dimensions of Prejudice: Towards a Political Economy of Bigotry

“The story of how some pro-Palestinian activists become Denmark’s most successful bank robbers is more exciting than any thriller.“
—Åsa Linderborg, Aftonbladet

“I am convinced that they never even took a nickel for themselves.“
—Jørn Moos, chief investigator in the Blekingegade Case

Gabriel Kuhn is a Swedish-based author and translator. Among his publications with PM Press are Sober Living for the Revolution: Hardcore Punk, Straight Edge, and Radical Politics (2010) and All Power to the Councils! A Documentary History of the German Revolution of 1918-1919 (2012).