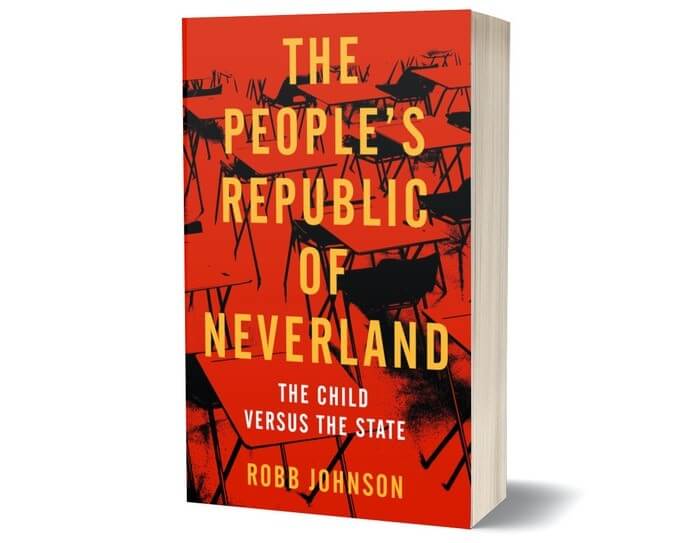 The People’s Republic of Neverland

~New Releases, Books, Education & Academia, Philosophy
The Child versus the State
author: Robb Johnson
This book details how we ended up with the contemporary mass education systems and explains why they continually fail to give children what they need.

There once was a time when teachers and communities were able to exercise democratic control over their schools. Now that power has been taken away, both centralised and privatised, under the guise of “reform.” There is a forgotten history of the time before reform, and within it a bright horizon is visible, reachable only if educators and society at large can learn the lessons of the past.

Robb Johnson entered the classroom as a new teacher in the 1980s and has spent a lifetime alongside his pupils encouraging both creativity and a healthy distrust of authority. This book is both memoir and polemic, a celebration of children’s innate desire to learn, share, cooperate, and play, as well as a critique of bureaucratic interference. Johnson details how we ended up with the contemporary mass education systems and why they continually fail to give children what they need. Combining practical experience as a teacher with detailed pedagogical knowledge, and a characteristic playful style, Johnson is both court chronicler and jester, imparting information and creatively admonishing the self-important figureheads of the reform agenda.

This book considers how schools and education relate to the wider society in which they are located and how they relate to the particular needs and abilities of the people who experience them. It shows that schools and education are contested spaces that need to be reclaimed from the state, and turned into places where people can grow, not up, not old, but as individuals. It offers alternative ways of running classrooms, schools, and perhaps even society.