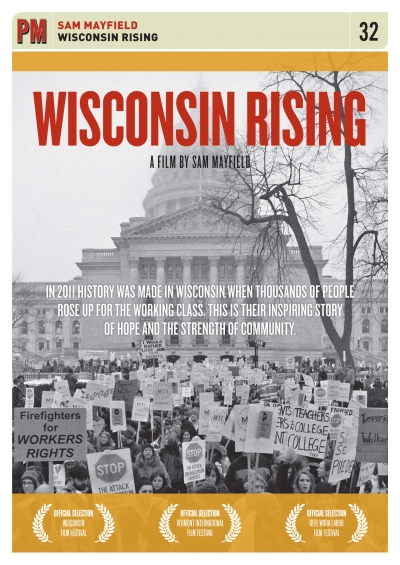 Wisconsin Rising catapults the viewer into the days, weeks, and months when Wisconsinites fought back against power, authority, and injustice. Happening months before the Occupy movement, Wisconsinites spontaneously occupied their state Capitol for weeks as never before seen in American History.

As the story unfolds, democracy itself is at stake. The government in Wisconsin looks like a circus, as Republicans invent new laws daily, restricting citizens’—and even elected officials’—access to the State House. Our cameras are rolling on March 9th, 2011, when Republican Senators attempt to vote on the bill with no public notice as over 10,000 people pour into the Capitol, occupying its halls overnight. Dramatic footage shows Republican Senators fleeing the state capitol on a secret shuttle as thousands of Wisconsinites fill the State House and Capitol grounds in protest.

Collecting more than one million signatures, the people attempt to oust Scott Walker in a recall election. He is only the third governor in American history to face a recall election and is the first to survive.

What will the people of Wisconsin do in the face of these perceived injustices? How will the citizens rebuild and reorganize, and what can the rest of America learn from their actions?

DVD extras include interviews with Dennis Kucinich and Tom Morello.

“Wisconsin Rising is up-close and personal…and political. This slice of life, a moment in movement history, captures the struggles of the American Middle Class confronting the corrupting power of money over democracy. Don’t miss it.”
—Amy Goodman, Democracy Now!

“Wisconsin Rising captures the spirit and intensity of the dramatic events as they unfolded.”
—Robert McChesney