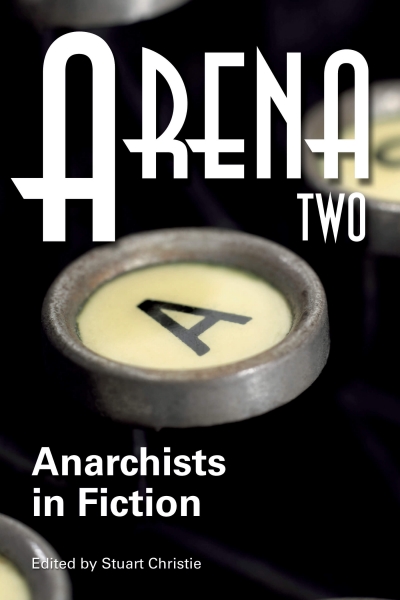 In the second issue of Arena we aim to provide general insights into the role of the anarchist in fiction, both as protagonist and author.

In the second issue of Arena we aim to provide general insights into the role of the anarchist in fiction, both as protagonist and author.

“Epic Pooh” is a newly updated revision of a 1978 article by Michael Moorcock reviewing epic fantasy literature for children, particularly J.R.R. Tolkien’s The Lord of the Rings.

While researching early twentieth-century French anarchist plays translated into Italian, Santo Catanuto discovered interesting information on the literary side of the Communard Louise Michel, indicating that she was the author of Twenty Thousand Leagues Under The Sea.

Stephen Schwartz, a longtime critic of the detective novel, evaluates the arc of French writer Leo Malet from anarchist to arabophobe and in “Between Libel And Hoax,” counters Miguel Mir’s libelous depiction of the Spanish anarchist movement, Entre el roig i el negre.

In his discourse on B. Traven’s The Death Ship, Ernest Larsen looks at the intractable modern problem of identity. Larsen’s short story “Bakunin At The Beach” is about Mr. and Mrs. Bakunin holidaying at Lake Maggiore under the watchful eyes of Inspector Dupin of the Swiss Department of Justice and Police.

Joseph Conrad’s short story “An Anarchist: A Desperate Tale” is republished here from A Set of Six (1908).

“Anarchists in Fiction” is a collection of idiosyncratic reviews of books in which anarchists are portrayed as an eclectic group of villains and criminal degenerates.

Finally, we conclude this second issue of Arena with an article by our cinema editor Richard Porton on Dušan Makavejev’s playful, allusive 1971 film WR: Mysteries of the Organism.