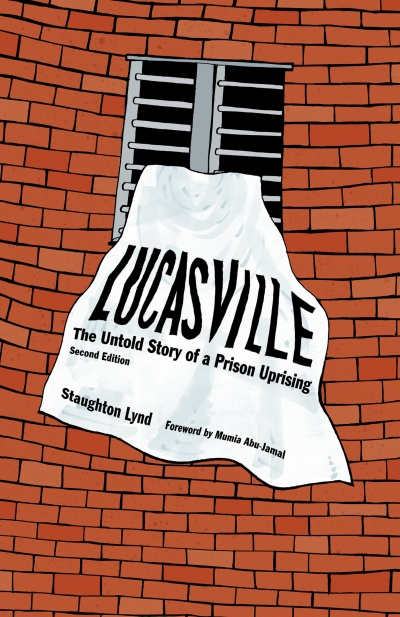 Lucasville: The Untold Story of a Prison Uprising

A powerful story of one of the longest prison uprisings in U.S. history, with a foreword by Mumia Abu-Jamal.

Lucasville tells the story of one of the longest prison uprisings in U.S. history. At the maximum-security Southern Ohio Correctional Facility in Lucasville, Ohio, prisoners seized a major area of the prison on Easter Sunday, 1993. More than 400 prisoners held L block for eleven days. Nine prisoners alleged to have been informants, or “snitches,” and one hostage correctional officer, were murdered. There was a negotiated surrender. Thereafter, almost wholly on the basis of testimony by prisoner informants who received deals in exchange, five spokespersons or leaders were tried and sentenced to death, and more than a dozen others received long sentences.

Lucasville examines the causes of the disturbance, what happened during the eleven days, and the fairness of the trials. Particular emphasis is placed on the interracial character of the action, as evidenced in the slogans that were found painted on walls after the surrender: “Black and White Together,” “Convict Unity,” and “Convict Race.”

An eloquent Foreword by Mumia Abu-Jamal underlines these themes. He states, as does the book, that the men later sentenced to death “sought to minimize violence, and indeed, according to substantial evidence, saved the lives of several men, prisoner and guard alike.” Of the five men, three black and two white, who were sentenced to death, Mumia declares, “They rose above their status as prisoners, and became, for a few days in April 1993, what rebels in Attica had demanded a generation before them: men. As such, they did not betray each other; they did not dishonour each other; they reached beyond their prison ‘tribes’ to reach commonality.”

About the Author:
Staughton Lynd taught American history at Spelman College and Yale University. He was director of Freedom Schools in the 1964 Mississippi Freedom Summer. An early leader of the movement against the Vietnam War, he was blacklisted and unable to continue as an academic. He then became a lawyer, and in this capacity has assisted rank-and-file workers and prisoners for the past thirty years. He has written, edited, or co-edited with his wife Alice Lynd more than a dozen books.

About Mumia Abu-Jamal (Foreword):
Mumia Abu-Jamal is probably the best-known political prisoner in the Western world. Mumia was sentenced to death for allegedly shooting and killing Philadelphia police officer Daniel Faulkner in December 1981. While behind bars he has written a series of widely-read books, including Live from Death Row (1995), Death Blossoms (1996), and a history of the Black Panther Party entitled We Want Freedom (2004). In December 2001, United States District Court judge William Yohn vacated Mumia’s death sentence but not his guilty verdict. When this second edition went to press the United States Supreme Court was considering that decision.