View basket “This Is How We Survive” has been added to your basket. 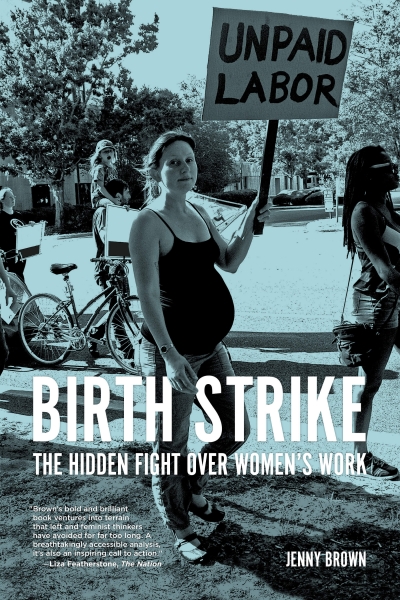 The Hidden Fight over Women’s Work
by Jenny Brown
In the U.S., women have not yet realized their potential bargaining position. When they do, it will lead to new strategies for winning full access to abortion and birth control, and for improved working conditions for parents.

Feminists generally believe that a prudish religious bloc is responsible for the protracted fight over reproductive freedom in the U.S. and that politicians only attack abortion and birth control to appeal to those “values voters.” But hidden behind this conventional explanation is a dramatic fight over women’s reproductive labor. On one side, elite policymakers want an expanding workforce reared with a minimum of employer spending and a maximum of unpaid women’s work. On the other side, women are refusing to produce children at levels desired by economic planners. By some measures our birth rate is the lowest it has ever been. With little access to childcare, family leave, health care, and with insufficient male participation, U.S. women are conducting a spontaneous birth strike.

In other countries, panic over low birth rates has led governments to underwrite childbearing and childrearing with generous universal programs, but in the U.S., women have not yet realized the potential of our bargaining position. When we do, it will lead to new strategies for winning full access to abortion and birth control, and for improving the difficult working conditions U.S. parents now face when raising children.

About the Author:
Jenny Brown is a National Women’s Liberation organizer and former editor of Labor Notes. She was a leader in the grassroots campaign to have “morning-after pill” contraception available over-the-counter in the U.S. and was a plaintiff in the winning lawsuit. In addition to Labor Notes, her work has appeared in Jacobin, Huffington Post, and Alternet, and she is coauthor of the Redstockings book Women’s Liberation and National Health Care: Confronting the Myth of America. She is the author of Without Apology: The Abortion Struggle Now.