View basket “Re-enchanting the World” has been added to your basket. 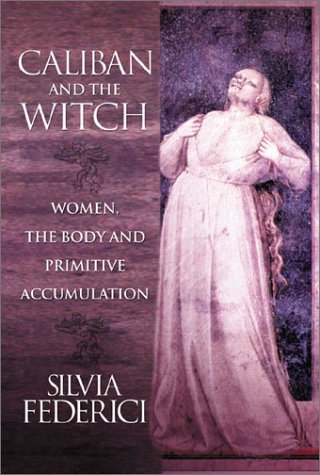 Caliban and the Witch

“In the neoliberal era of postmodernism, the proletariat is whited-out from the pages of history. Silvia Federici recovers its historical substance by telling its story starting at the beginning, with the throes of its birth. This is a book of remembrance, of a trauma burned into the body of women, which left a scar on humanity’s memory as deep and painful as those caused by famine, slaughter and enslavement.Federici shows that the birth of the proletariat required a war against women, inaugurating a new sexual pact and a new patriarchal era: the patriarchy of the wage. Firmly rooted in the history of the persecution of the witches and the disciplining of the body, her arguments explain why the subjugation of women was as crucial for the formation of the world proletariat as the enclosures of the land, the conquest and colonization of the ‘New World,’ and the slave trade.

Documenting the horrors of state terror against women, Federici has written a book truly of our times. Neither compromising nor condescending, Caliban and the Witch expresses an unfailing generosity of spirit and the dignity of a planetary scholar. It is both a passionate work of memory recovered and a hammer of humanity’s agenda.” – Peter Linebaugh, author of The London Hanged