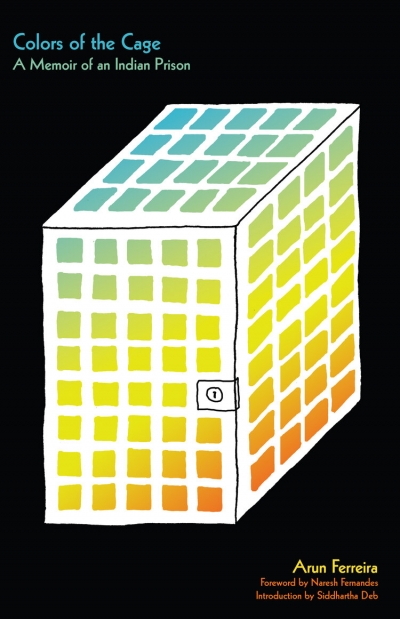 Colors of the Cage: A Memoir of an Indian Prison

A powerful eyewitness account of life in an Indian prison shows how abolition is necessary to achieve a democratic transformation of society.
written by Arun Ferreira

A powerful eyewitness account of life in an Indian prison shows how abolition is necessary to achieve a democratic transformation of society.

In May 2007, Arun Ferreira, a democratic rights activist, was picked up at a railway station in western India, detained by the court, and condemned to prison for an expanding list of crimes: criminal conspiracy, murder, possession of arms, and rioting, among others added during his detention.

In one of the most notorious prisons in India, Arun Ferreira was constantly abused and tortured. Over the next several years, each of the ten cases slapped against him fell apart. At long last, Ferreira was acquitted of all charges. As he exited the prison, moments away from freedom, he was rearrested by plainclothes police. He never got to glimpse his family waiting for him just outside the prison gates.

In stark and riveting detail, Ferreira recounts the horrors he faced in prison—torture, beatings, the general air of hopelessness—and the small consolations that kept hope alive—strikes and solidarity among inmates. His memoir is a timely reminder that across the globe policing and incarceration are institutions in desperate need of being dismantled.