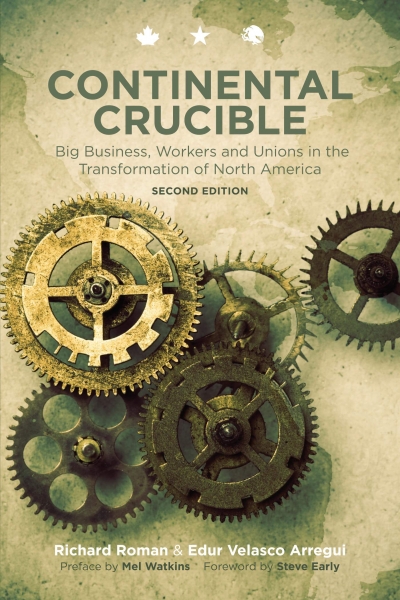 Continental Crucible examines the clash between the corporate offensive and the forces of resistance from both a pan-continental and a class struggle perspective.

The crucible of North American neoliberal transformation is heating up, but its outcome is far from clear. Continental Crucible examines the clash between the corporate offensive and the forces of resistance from both a pan-continental and a class struggle perspective. This book also illustrates the ways in which the capitalist classes in Canada, Mexico, and the United States used free trade agreements to consolidate their agendas and organize themselves continentally.

The failure of traditional labor responses to stop the continental offensive being waged by big business has led workers and unions to explore new strategies of struggle and organization, pointing to the beginnings of a continental labor movement across North America. The battle for the future of North America has begun.

Richard Roman is associate professor emeritus of sociology at the University of Toronto and a fellow of the Centre for Research on Latin America and the Caribbean at York University.

Edur Velasco Arregui is a professor of law and labour economics at the Universidad Autónoma Metropolitana in Mexico City.

Steve Early has been an organizer, strike strategist, labor educator, lawyer, and a national staff member of the Communications Workers of America. Early is the author of Civil Wars in U.S. Labor and Embedded with Organized Labor; his writing on the labor movement has appeared in many publications, like The Nation, the New York Times, the Wall Street Journal, and the Progressive.