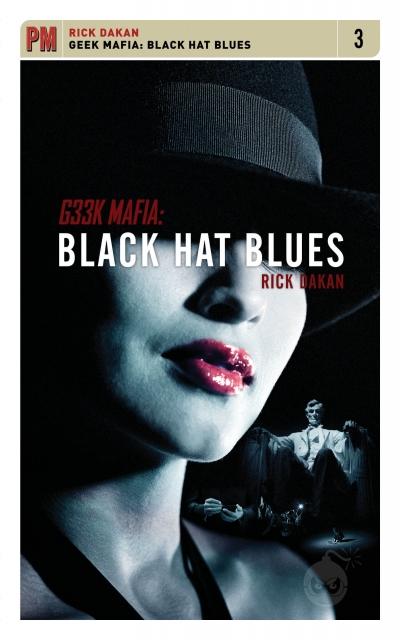 Rick Dakan
After a year of undercover recruiting at hacker cons all over the country, Chloe and Paul have assembled a new Crew of elite hackers, driven anarchist activists, and seductive impersonators.

What do you call 1000 hackers assembled into one hotel for the weekend? A menace to society? Trouble waiting to happen? They call it a computer security conference, or really, a Hacker Con. A place for hackers, security experts, penetration testers, and tech geeks of all stripes to gather and discuss the latest hack, exploits, and gossip. For Paul, Chloe, and their Crew of con artist vigilantes, it’s the perfect hunting ground for their most ambitious plans yet.

After a year of undercover recruiting at hacker cons all over the country, Chloe and Paul have assembled a new Crew of elite hackers, driven anarchist activists, and seductive impersonators. Under the cover of one of the Washington DC’s biggest and most prestigious hacker events, they’re going up against power house lobbyists, black hat hackers, and even the U.S. Congress in order to take down their most challenging, and most deserving target yet. The stakes have never been higher for them, and who knows if their new recruits are up to the immense challenge of undermining “homeland security” for the greater good.

About the Author:
Rick Dakan lives, writes, and plays in Sarasota, Florida, his home and native town. Prior to writing the Geek Mafia book series, he scratched out a rewarding if poor living writing role-playing game books for numerous product lines, including: Wraith: The Oblivion, Kult, Conspiracy X, Deadlands, Vampire: The Masquerade, and Dungeons & Dragons. He went on to become the initial lead designer of the best-selling online game, City of Heroes and has since written three novels, with more on the way.

Click here for a one-page product sheet on this product.