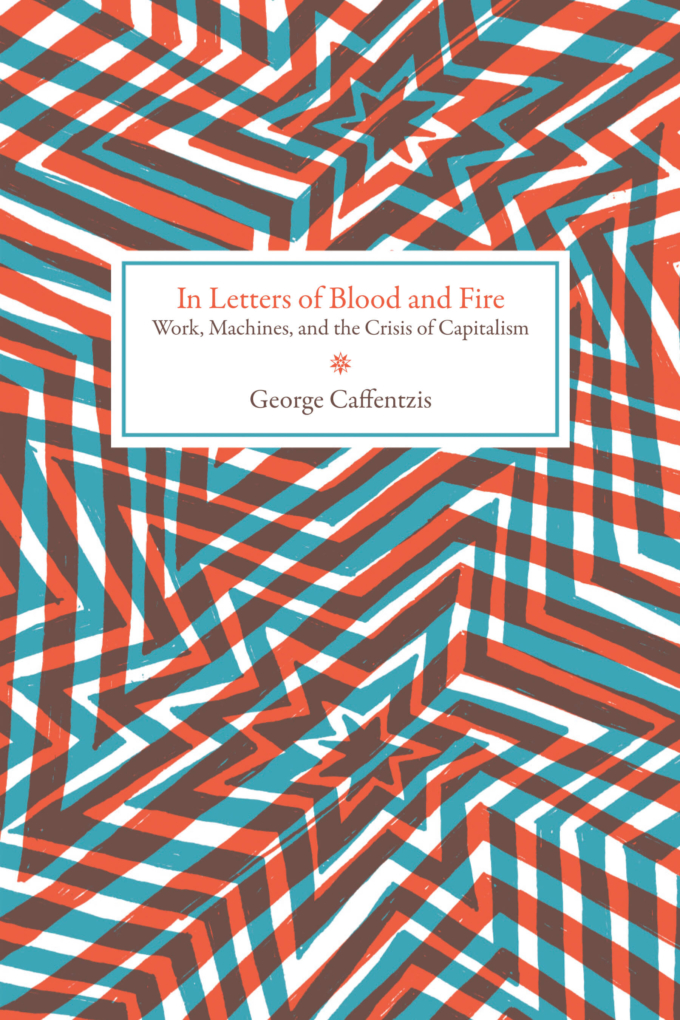 In Letters of Blood and Fire: Work, Machines, and the Crisis of Capitalism

This collection of essays explores technology, globalization, war, and crisis to elucidate political concerns of the day and to contribute to contemporary anti-capitalist debate.

Karl Marx remarked that the only way to write about the origins of capitalism is in the letters of blood and fire used to drive workers from the common lands, forests, and waters in the sixteenth century. In this collection of essays, George Caffentzis argues that the same is true for the annals of twenty-first-century capitalism. Information technology, immaterial production, financialization, and globalization have been trumpeted as inaugurating a new phase of capitalism that puts it beyond its violent origins. Instead of being a period of major social and economic novelty, however, the course of recent decades has been a return to the fire and blood of struggles at the advent of capitalism.

Emphasizing class struggles that have proliferated across the social body of global capitalism, Caffentzis shows how a wide range of conflicts and antagonisms in the labor-capital relation express themselves within and against the work process. These struggles are so central to the dynamic of the system that even the most sophisticated machines cannot liberate capitalism from class struggle and the need for labor. Themes of war and crisis permeate the text and are given singular emphasis, documenting the peculiar way in which capital perpetuates violence and proliferates misery on a world scale. This collection draws upon a careful rereading of Marx’s thought in order to elucidate political concerns of the day. Originally written to contribute to the debates of the anticapitalist movement over the last thirty years, this book makes Caffentzis’s writings readily available as tools for the struggle in this period of transition to a common future.

George Caffentzis is a leading thinker in the development of autonomist thought who has been engaged in varied movements during the past half-century, from civil rights sit-ins and antinuclear efforts to alter-globalization and pro-commons activities. He is professor of philosophy at the University of Southern Maine and a founding member of the Midnight Notes Collective. Among his many books and articles—covering topics such as the death penalty, peak oil, and the philosophy of money—is Clipped Coins, Abused Words, and Civil Government: John Locke’s Philosophy of Money.