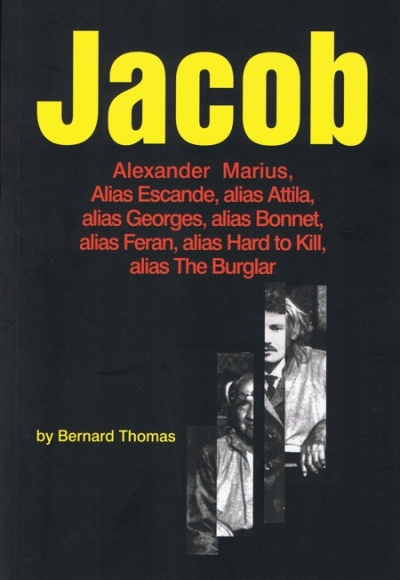 A rollicking biography of Jacob the Burglar, a thief with egalitarian illusions: an anarchist with dreams. But with a difference – this man along with his comrades really did open the safes of the rich, demonstrating that an attack on social wealth, even if only partial, is possible.

This story tells of a thief. A thief with egalitarian illusions. An anarchist and his dreams. But with a difference: this man, along with his comrades, really did open the safes of the rich, and by this simple fact demonstrated that an attack on social wealth, even if only partial, is possible.The description of acting beyond the levels that most people put up with daily is implicit in the story. This ‘going beyond’ was faced and taken to the extreme consequences with all that was extraordinary, not as something mythical, but in the reality that Jacob and the others faced in order to carry out their attacks. Procedure and method, rigidity and anarchist ethics in dealing with the representatives of the class in power, are but a few aspects of the tale. It is therefore necessary to put description aside and dig deeper beyond the fiction, in order to reach a point for reflection.
In the words of Jacob himself:
Gentlemen,You know now who I am, a rebel living off the proceeds of his burglaries. Moreover, I have burned several mansions and defended my liberty against the aggression of the agents of authority I have made a clean breast of my whole life of struggle: I place it as a problem before your understanding. Acknowledging no one’s right to judge me, I seek neither par-don nor clemency. I make no petition of those whom I hate and hold in contempt. You are the stronger:do with me what you will. Dispatch me to the penal colony or to the scaffold, it scarcely matters. But be-fore we take our leave of one another, let me address one last word to you (…)… I too deplore the act by which one man lays hands by violence and deception upon the fruits of another’s labour. But it is for that very reason that I have made war on the rich, who thieve the wealth of the poor. I too would rather live in a society from which theft would be banished. I do not approve of stealing, and have resorted to it only as the proper means by which to combat the most iniquitous of all theft: individual ownership.To eradicate an effect one must first remove the cause. If theft exists, it is only because there is plenty on one side and scarcity on the other: only because everything belongs only to a handful. THE STRUGGLE WILL NOT END UNTIL MEN PLACE THEIR JOYS AND SORROWS IN COMMON, ALONG WITH THEIR LABOURS AND THEIR WEALTH, WHEN EVERYTHING WILL BELONG TO ALL.As a revolutionary anarchist, I have made my revolution. May it hasten the advent of Anarchy.