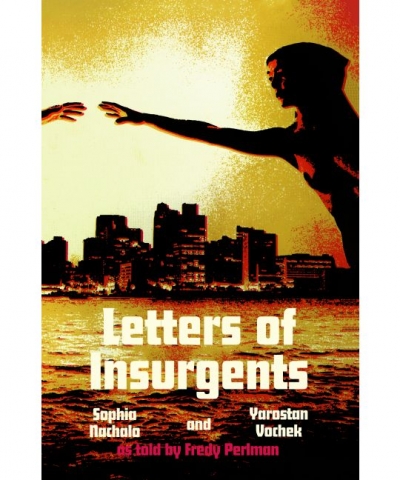 A bumper epistolary novel about revolutionary love in America’s 60s and 70s.

Yarostan and Sophia work in a factory in eastern Europe. They live, argue, and take action. The workers rebel, a general strike, an armed uprising, They rule at the streets and in the factory, argue about the future, for a moment the world belongs to them. But soon there is a new government, a workers government, a new army, a red army. Insurgent workers are being whipped back to the factory, the workers government puts workers in jail and up against the wall. Sophia escapes to a western country, Yarostan has to spend years in prison. Both in the eastern workers state and in the western democracy people find ways to survive, to relate to friends and enemies, and are forced to work for others.

After a quarter of a century without a word, Sophia receives a letter from Yarostan. They start corresponding. About their new lives, new and old friends and comrades, work, politics and the struggle against work and politics. It’s about history, memories, hope, and experience. Nothing is taken for granted; everything is questioned. Was it really the workers government, the red army or something else from outside that crushed the revolution? Did the union and the party deceit, or did the union and the party win? Why did we go back to the factory? Do we need the factory? Can we really blame anyone other than ourselves? What is holding us back?
One-time lovers who share libertarian ideals find themselves on opposite sides of the Iron Curtain in the 1960s. They continue to seek a path to liberation and their letters record the repression and satisfactions they experience under different manifestations of the modern state. A beautiful, tender and inspiring collection. In reality, a collection of work by Fredy and Lorraine Perlman.