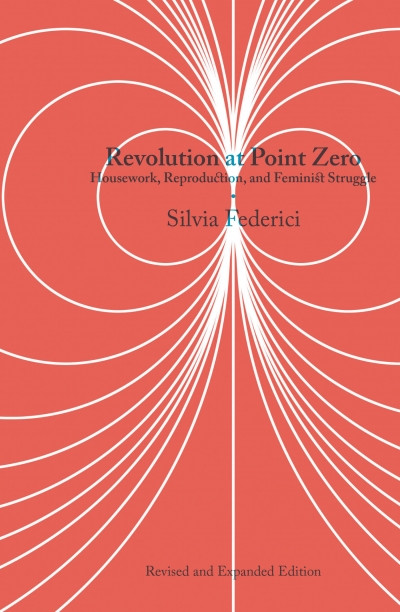 This volume collects forty years of research and theorizing on the nature of housework, social reproduction, and women’s struggles on this terrain—to escape it, to better its conditions, to reconstruct it.

Revolution at Point Zero collects four decades of research and theorizing on the nature of housework, social reproduction, and women’s struggles on this terrain—to escape it, to better its conditions, to reconstruct it in ways that provide an alternative to capitalist relations.

This revised and expanded edition includes three additional essays and a new preface by the author.

Silvia Federici is a feminist writer, teacher, and militant. In 1972 she was cofounder of the International Feminist Collective that launched the Wages for Housework campaign. Her books include Caliban and the Witch; Re-enchanting the World; Beyond the Periphery of the Skin; and Witches, Witch Hunting, and Women. She is a professor emerita at Hofstra University, where she taught in the social sciences. She worked as a teacher in Nigeria for many years and was also the cofounder of the Committee for Academic Freedom in Africa.