View basket “A New Notion: Two Works by C.L.R. James” has been added to your basket.
Out of stock 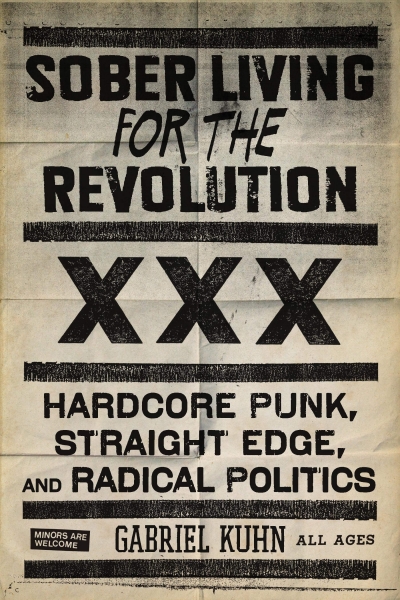 Since straight edge’s origins in Washington, D.C. it has been linked to radical thought and action by countless individuals, bands, and entire scenes. Sober Living for the Revolution traces this history.

Straight edge has persisted as a drug-free, hardcore punk subculture for 25 years. Its political legacy, however, remains ambiguous – often associated with self-righteous macho posturing and conservative puritanism. While certain elements of straight edge culture feed into such perceptions, the movement’s political history is far more complex.

Since straight edge’s origins in Washington, D.C., in the early 1980s, it has been linked to radical thought and action by countless individuals, bands, and entire scenes worldwide. Sober Living for the Revolution traces this history.

It includes contributions – in the form of in-depth interviews, essays, and manifestos – by numerous artists and activists connected to straight edge, from Ian MacKaye (Minor Threat/Fugazi) and Mark Andersen (Dance of Days/Positive Force DC) to Dennis Lyxzén (Refused/The (International) Noise Conspiracy) and Andy Hurley (Racetraitor/Fall Out Boy), from bands such as ManLiftingBanner and Point of No Return to feminist and queer initiatives, from radical collectives like CrimethInc. and Alpine Anarchist Productions to the Emancypunx project and many others dedicated as much to sober living as to the fight for a better world.

“Perhaps the greatest reason I am still committed to sXe is an unfailing belief that sXe is more than music, that it can be a force of change. I believe in the power of sXe as a bridge to social change, as an opportunity to create a more just and sustainable world.”
–Ross Haenfler, Professor of Sociology at the University of Mississippi, author of Straight Edge: Clean-Living Youth, Hardcore Punk, And Social Change

“An ‘ecstatic sobriety’ which combats the dreariness of one and the bleariness of the other–false pleasure and false discretion alike–is analogous to the anarchism that confronts both the false freedom offered by capitalism and the false community offered by communism.”
–CrimethInc. Ex-Workers’ Collective

“Sober Living for the Revolution” lecture by Gabriel Kuhn from Ola Waagen on Vimeo.

Click here for a one-page information sheet on this product.