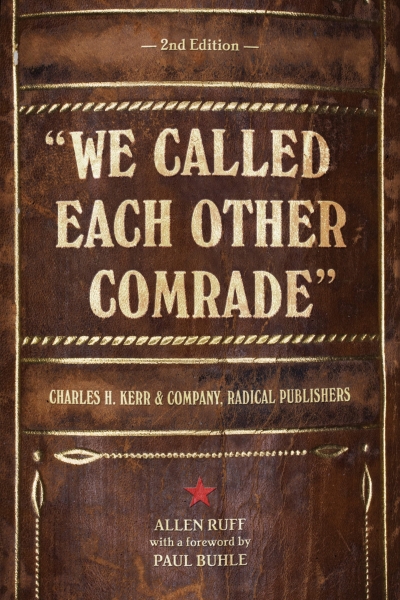 “We Called Each Other Comrade”

The history of the most significant translator, publisher, and distributor of left-wing literature in the United States.

This is the history of the most significant translator, publisher, and distributor of left-wing literature in the United States. Based in Chicago and still publishing, Charles H. Kerr & Company began in 1886 as a publisher of Unitarian tracts. The company’s focus changed after its founder, the son of abolitionist activists, became a socialist at the turn of the century.

Tracing Kerr’s political development and commitment to radical social change, “We Called Each Other Comrade” also tells the story of the difficulties of exercising the First Amendment in an often hostile business and political climate. A fascinating exploration in left-wing culture, this revealing chronicle of Charles H. Kerr and his revolutionary publishing company looks at the remarkable list of books, periodicals, and pamphlets that the firm produced and traces the strands of a rich tradition of dissent in America.

About Allen Ruff:
Historian and activist Allen Ruff received his Ph.D. in U.S. History from the University of Wisconsin-Madison. He’s written on the history of the American Left, local history and has published one novel. Schooled by decades of activist experience, his primary work now centers on opposition to U.S. interventions in the Middle East and elsewhere. He currently hosts a public affairs radio program and is part of the staff collective at Rainbow Bookstore Cooperative in Madison, WI.

About Paul Buhle (Foreword):
Paul Buhle, retired Senior Lecturer at Brown University, is co-editor of The Encyclopedia of the American Left and author of Marxism in the United States, among other volumes on the history of American radicalism.