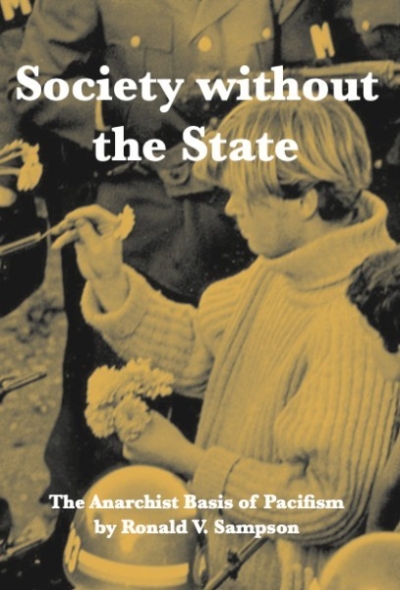 Society without the State: The Anarchist Basis of Pacifism

A pocket book reprint of a passionate 1960s text arguing the case for anarchism and pacifism.

A reprint of a 1960s pamphlet, written by Ronald V. Sampson.

“”Wars will cease when men refuse to fight. Governments will fall when we refuse to obey.””

The text was originally published in the mid 1960s as The Anarchist Basis of Pacifism by the Peace Pledge Union (PPU), the British arm of the War Resistors International. The introduction was added by Sampson in 1980 when it was republished by Housmans Bookshop and the PPU.