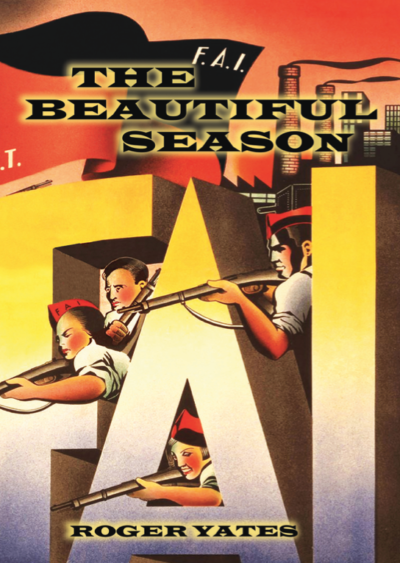 Written by Roger Yates.
A novel about the Spanish anarchist revolution of 1936 told from the perspective of the women, the revolutionary youth, the workers and the peasants who made it.

A pocket book novel by Roger Yates about the joy, excitement and rage of the 1936 Spanish Revolution when many people had hopes of a real change. This is a sweet story celebrating that time and the people who fought against the fascists and for their revolution.

“In the summer of 1936 an anarchist revolution created a free democratic society in Spain. as many as eight million people cooperated to build a society without hierarchy, with no government, state, police, army, church, financial institutions and in some areas – without money. This is a story created from that time of freedom. It is a fictional account of the four months from the July uprising until the death of Durruti. The Beautiful Season. “