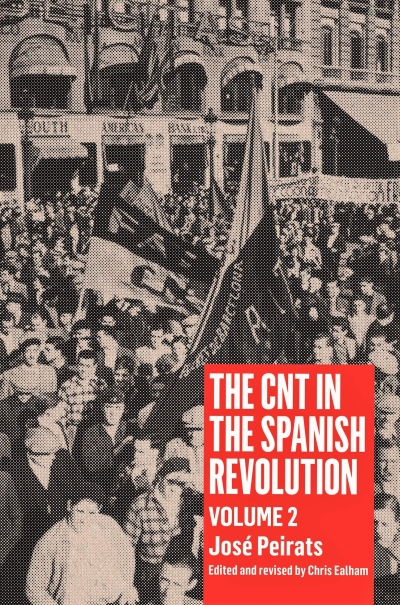 The CNT in the Spanish Revolution – Volume 2

Volume 2 focuses on the battles raging at both the front and rear guards.

José Peirats’ account is effectively the official CNT history of the war, passionate, partisan but, above all, intelligent. Its huge sweeping canvas covers all areas of the anarchist experience – the spontaneous militias, the revolutionary collectives, the moral dilemmas occasioned by the clash of revolutionary ideals and the stark reality of the war effort against Franco and his German Nazi and Italian Fascist allies. Volume 2 focuses on the battles raging at both the front and rear guards. Additionally, a biographical chapter, “The Life and Struggles of José Peirats” gives a great deal of insight into this CNT fighter and historian.

After starting work at the age of 8, José Peirats joined the anarcho-syndicalist CNT at 14. He received his education inside the factories, union centres and anarchist-run schools of Barcelona, becoming one of the great “intellectuals” of the Spanish anarchist movement, publishing a stream of books, pamphlets and newspaper articles on a diverse range of subjects, including history, philosophy, cinema and politics.