View basket “A Wolf at the Gate” has been added to your basket.
Out of stock 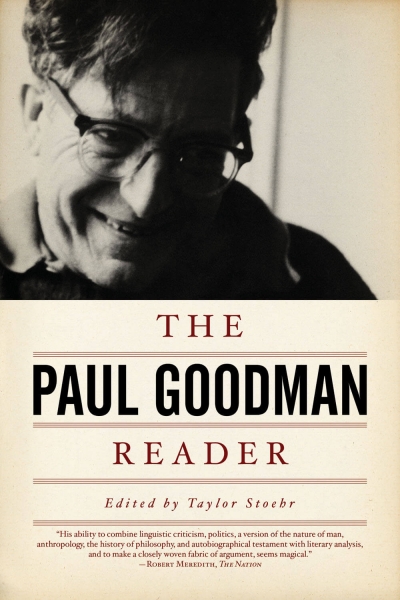 A compendious volume of Goodman’s work, with excerpts from best-sellers like Growing Up Absurd as well as his landmark books on education, community planning, language theory and politics.

A one-man think-tank for the New Left, Paul Goodman wrote over thirty books, most of them before his decade of fame as a social critic in the Sixties. A Paul Goodman Reader that does him justice must be a compendious volume, with excerpts not only from best-sellers like Growing Up Absurd, but also from his landmark books on education, community planning, anarchism, psychotherapy, language theory, and poetics. Samples as well from The Empire City, a comic novel reviewers compared to Don Quixote, prize-winning short stories, and scores of poems that led America’s most respected poetry reviewer, Hayden Carruth, to exclaim, “Not one dull page. It’s almost unbelievable.”

Goodman called himself as an old-fashioned man of letters, which meant that all these various disciplines and occasions added up to a single abiding concern for the human plight in perilous times, and for human promise and achieved grandeur, love and hope.