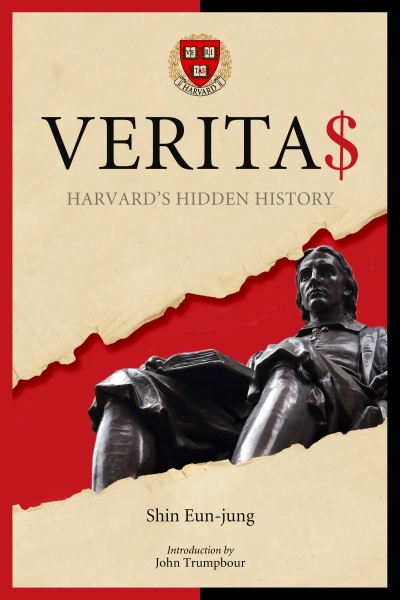 A critical examination of Harvardâs monumental but disconcerting global influence and power, this book examines aspects of Harvardâs history not generally known.

A critical examination of Harvard’s monumental but disconcerting global influence and power, this book examines aspects of Harvard’s history not generally known. The “hidden history” announced in the book’s title begins with analysis of Harvard’s involvement in the Salem witch trials and the trial of Sacco and Vanzetti. Similarly disquieting, Harvard provided students as strikebreakers in both the 1912 Bread and Roses textile workers strike and the 1919 Boston police strike. Harvard administrators and scientists promoted eugenics in the early twentieth century and had a deep impact on Nazi Germany’s race theories. Its contemporary ties to U.S. foreign policy and neoliberalism are also profound. Harvard’s management of Russian economic reform left nightmarish memories, and the university was compelled to pay more than $26 million after the U.S. government sued it. The book also examines Harvard’s investment policy for its massive endowment, its restrictive labor policies, and its devastation of the adjoining Allston-Brighton neighborhood into which it is expanding.

Harvard’s motto is “Veritas,” which means “truth” in Latin. As the author reviews Harvard’s history, she questions the real meaning of truth and changes the letter “s” to “$” to emphasize the ways that Harvard has pursued money and power above its quest for truth.

In directing her award-winning DVD of the same name and in preparing this book, the author used documents and interviews with dozens of people, including Noam Chomsky, George Katsiaficas, Richard Levins, Margaret Gullette, Victor Wallis, and many more.

Shin Eun-jung was born in Gwangju, South Korea, in 1972. Her hometown’s historic uprising in 1980 had a profound effect on her life. A student activist, she later worked as a television news writer for nine years. From 2000 to 2004, she directed the Gwangju Human Rights Film Festival, which screened documentaries from around the world. This book is based upon the award-winning film of the same title. Verita$ won Best Director of a Documentary award at the 2011 New York International Film Festival; it was screened at the Society for Cinema Studies, the International Labor and Video Festival in Turkey, the San Francisco Labor Fest, and in its Korean version at the Seoul Marginal Film Festival. The Korean version of the book was a bestseller among nonfiction titles. Until she suddenly passed away in November 2012, she was hard at work translating the book into English.

Born in North Carolina, John Trumpbour earned a BA in history at Stanford University and later received a PhD in history at Harvard. He edited How Harvard Rules: Reason in the Service of Empire (South End Press) and is the author of Selling Hollywood to the World: U.S. and European Struggles for Mastery of the Global Film Industry, 1920-1950 (Cambridge University Press), which won the Allan Nevins Prize from the Society of American Historians. He is currently Research Director for the Labor and Worklife Program at Harvard Law School.