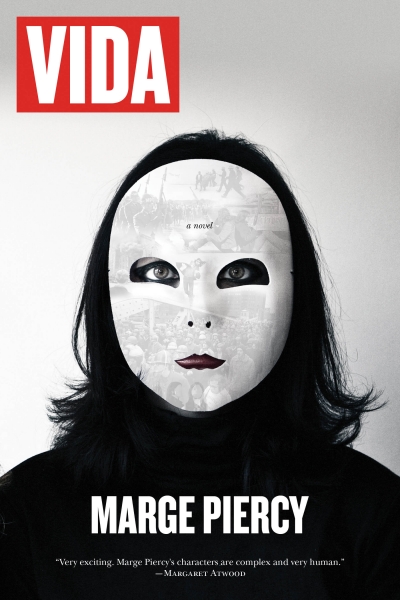 Originally published in 1979, Vida is Marge Piercy’s classic bookend to the ’60s. Vida is full of the pleasures and pains, the experiments, disasters, and victories of an extraordinary band of people.

Originally published in 1979, Vida is Marge Piercy’s classic bookend to the ’60s. Vida is full of the pleasures and pains, the experiments, disasters, and victories of an extraordinary band of people. At the center of the novel stands Vida Asch. She has lived underground for almost a decade. Back in the ’60s she was a political star of the exuberant antiwar movement—a red-haired beauty photographed for the pages of Life magazine—charismatic, passionate, and totally sure she would prevail. Now, a decade later, Vida is on the run, her star-quality replaced by stubborn courage. She comes briefly to rest in a safe house on Cape Cod. To her surprise and annoyance, she finds another person in the house, a fugitive, Joel, ten years younger than she, a kid who dropped into the underground out of the army. As they spend the next days together, Vida finds herself warming toward a man for the first time in years, knowing the dangers all too well.

As counterpoint to the underground ’70s, Marge Piercy tells the extraordinary tale of the optimistic ’60s, the thousands of people who were members of SAW (Students Against the War) and of the handful who formed a fierce group called the Little Red Wagon. Piercy’s characters make vivid and comprehensible the desperation, the courage, and the blind rage of a time when “action” could appear to some to be a more rational choice than the vote.

A new introduction by Marge Piercy situates the book, and the author, in the times from which they emerged.

About the Author:
Marge Piercy is the author of seventeen novels including the national bestsellers Gone To Soldiers, Braided Lives, and Woman on the Edge of Time; seventeen volumes of poetry, and a critically acclaimed memoir, Sleeping with Cats. Born in center city Detroit, educated at the University of Michigan, the recipient of four honorary doctorates, she has been a key player in many of the major progressive political battles of our time, including the anti-Vietnam war and the women’s movement, and more recently an active participant in the resistance to the war in Iraq.