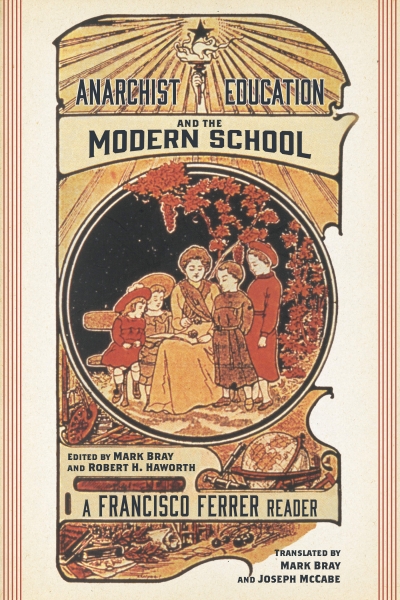 Anarchist Education and the Modern School

A Francisco Ferrer Reader
• Author: Francisco Ferrer • Editors: Mark Bray and Robert H. Haworth
This is the first historical reader to gather together Ferrer’s writings and put them into conversation with the works of his contemporaries.

On October 13, 1909, Francisco Ferrer, the notorious Catalan anarchist educator and founder of the Modern School, was executed by firing squad. The Spanish government accused him of masterminding the Tragic Week rebellion, while the transnational movement that emerged in his defense argued that he was simply the founder of the groundbreaking Modern School of Barcelona. Was Ferrer a ferocious revolutionary, an ardently nonviolent pedagogue, or something else entirely?

Anarchist Education and the Modern School is the first historical reader to gather together Ferrer’s writings on rationalist education, revolutionary violence, and the general strike (most translated into English for the first time) and put them into conversation with the letters, speeches, and articles of his comrades, collaborators, and critics to show that the truth about the founder of the Modern School was far more complex than most of his friends or enemies realized. Francisco Ferrer navigated a tempestuous world of anarchist assassins, radical republican conspirators, anticlerical rioters, and freethinking educators to establish the legendary Escuela Moderna and the Modern School movement that his martyrdom propelled around the globe.