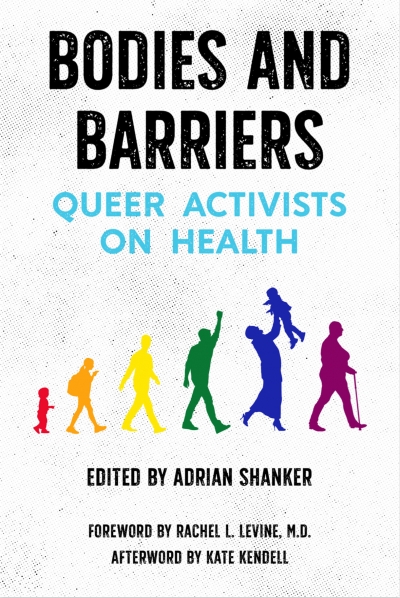 LGBT people pervasively experience health disparities, affecting every part of their bodies and lives. Yet many are still grappling to understand the mutually reinforcing health care challenges that lead to worsened health outcomes. Bodies and Barriers informs health care professionals, students in health professions, policymakers, and fellow activists about these challenges, providing insights and a road map for action that could improve queer health.

The contributors to Bodies and Barriers look for tangible improvements, drawing from the history of HIV/AIDS in the U.S. and from struggles against health care bias and discrimination. At a galvanizing moment when LGBT people have experienced great strides in lived equality, but our health as a community still lags, here is an indispensable blueprint for change by some of the most passionate and important health activists in the LGBT movement today.