View basket “On the Ground: An Illustrated Anecdotal History of the Sixties Underground Press in the U.S.” has been added to your basket. 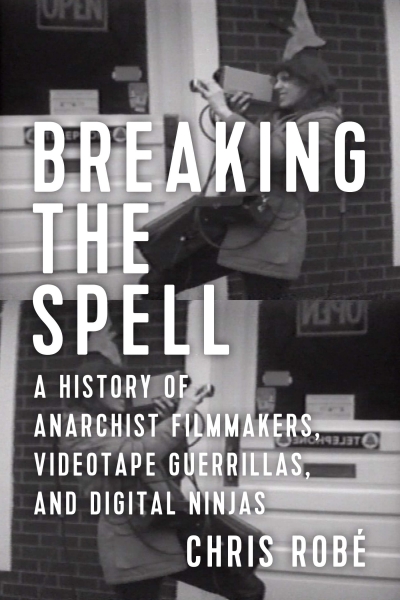 Breaking the Spell offers the first full-length study that charts the historical trajectory of anarchist-inflected video activism from the late 1960s to the present.

Breaking the Spell offers the first full-length study that charts the historical trajectory of anarchist-inflected video activism from the late 1960s to the present. Two predominant trends emerge from this social movement-based video activism: 1) anarchist-inflected processes increasingly structure its production, distribution, and exhibition practices; and 2) video does not simply represent collective actions and events, but also serves as a form of activist practice in and of itself from the moment of recording to its later distribution and exhibition. Video plays an increasingly important role among activists in the growing global resistance against neoliberal capitalism. As various radical theorists have pointed out, subjectivity itself becomes a key terrain of struggle as capitalism increasingly structures and mines it through social media sites, cell phone technology, and new “flexible” work and living patterns. As a result, alternative media production becomes a central location where new collective forms of subjectivity can be created to challenge aspects of neoliberalism.

Chris Robé’s book fills in historical gaps by bringing to light unexplored video activist groups like the Cascadia Forest Defenders, eco-video activists from Eugene, Oregon; Mobile Voices, Latino day laborers harnessing cell phone technology to combat racism and police harassment in Los Angeles; and Outta Your Backpack Media, indigenous youth from the Southwest who use video to celebrate their culture and fight against marginalization. This groundbreaking study also deepens our understanding of more well-researched movements like AIDS video activism, Paper Tiger Television, and Indymedia by situating them within a longer history and wider context of radical video activism.

Chris Robé is an associate professor in Film and Media Studies at Florida Atlantic University. He has published essays on radical media in journals like Jump Cut, Rethinking Marxism, and Journal of Film and Video and written a monograph titled Left of Hollywood: Cinema, Modernism, and the Emergence of U.S. Radical Film Culture. He is also a frequent contributor to the online journal PopMatters.